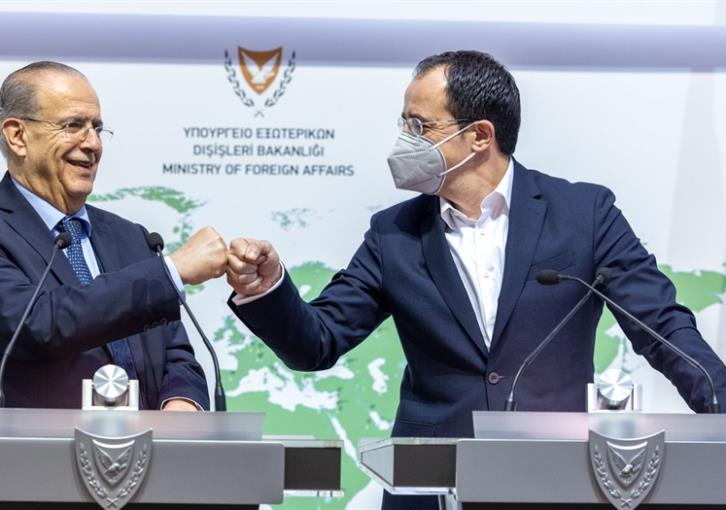 In a modest ceremony, Mr. Kasoulidis said that he is close to his old associates, talking about “coming and going” at the Ministry of Foreign Affairs, stating that this is the third time he has received the Ministry's portfolio. 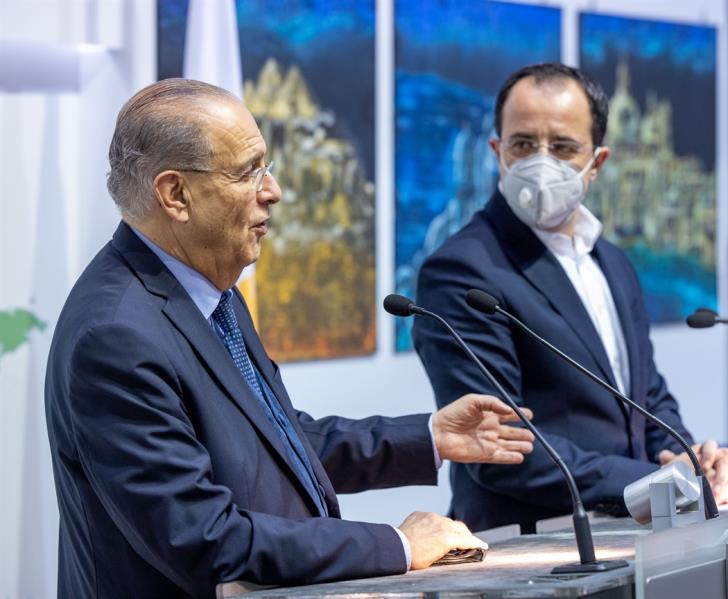 He expressed joy that he receives the Ministry from Nikos Christodoulidis, with whom, as he noted, he collaborated for so many years.

He recalled that when handing over the Ministry to Nikos Christodoulidis he had said that “I remember him as a young follower when he was first appointed and I identified and I repeat now for those who do not remember him that he was a restless young follower, who seemed to have a future. I am sure that today he has heavy feelings because this Ministry with all its collaborators is his home. In this house he worked tirelessly, became a man and successfully reached the position of Minister of Foreign Affairs “.

SEE ALSO: Ioannis Kasoulidis was sworn in before the PD (video)

He reiterated that he had said at the reassurance ceremony that “the foreign policy of the presidency Anastasiadis does not change. Nikos Christodoulidis did not change it either, and built on it. Rest assured that my intention is to continue the same course. “

Nikos Christodoulidis said that he is handing over the Ministry of Foreign Affairs, “to a very experienced politician, to a good ship owner” and that he would like to say a lot about Ioannis Kasoulidis but time does not allow it. “I wish good luck to Mr. Kasoulidis, I am sure of his success,” he noted.

Mr. Christodoulidis said that he who acts with vision and courage with only concern for his country and its citizen is certainly not excluded from making omissions and mistakes. “The less you do, the less chance you have of making mistakes to be politically exposed. Personally, I have never had this concern. “I worked with machines at maximum speed, non-stop, so I would like you to allow me to thank my family, who supported and tolerated me as well as my close associates”, he added.

He again warmly thanked the President of the Republic, emphasizing that he is very grateful for the great honor that made him work together since 2013. He also thanked his colleagues in the Council of Ministers and especially those who contacted him in recent days.

Referring to the work of Nikos Christodoulidis, Mr. Kasoulidis said that “now that he was listing the various achievements, I was a little dizzy because I have great challenges but we will all overcome them”.

Mr. Kasoulidis stated that Nikos Christodoulidis “will make his choices and his paths and as his course has always been successful, I hope it will be now”.

Referring to the staff, he expressed his joy that he is among old associates, whom he said he will meet everyone. “Be sure that I will see you all, I will make visits to the Directorates and I will make separate meetings for the subject of each. “You know how I work and work, I want us to work as a team with high morale”, he noted.

He promised that one of the first issues he will deal with is the demands of the union staff of the Ministry, with the aim, as he mentioned, to find for all the solutions allowed by law and the Constitution.

Mr. Kasoulidis repeated the joke, as he characterized it, that he did in the assurance ceremony that he said to the President that “recall me from the reserve to throw me into battle”.

Nikos Christodoulidis referred to the staff and achievements of the Ministry

Mr. Christodoulidis in his farewell speech told him that the day is not at all easy for me today. “I will be honest as always. I am saddened that after almost 23 years of daily friction with the Ministry of Foreign Affairs, of my now natural space and its many and varied issues, 19 as a diplomat and almost 4 as Minister of Foreign Affairs I am leaving for reasons I quoted during my statements “on Sunday and it is not the present to repeat”, he noted.

Unfortunately, he continued, the time was not enough either to complete projects that are wheeled or to make a complete report, nor to greet one by one as they deserve, for years my colleagues and collaborators at the Ministry of Foreign Affairs, who constitute the worthy team. a very demanding government pillar.

I will say, however, he said, that I am very proud of the Ministry of Foreign Affairs, its people, diplomats, administrators, and all the staff from the crisis management communications, our Embassies, our Consulates, as well as the security support staff , everywhere in Cyprus and abroad.

“Although few people know that your work is done under conditions that are far from being ideal with the Ministry's Budget being at 1% of the state budget, very small and yet we compete with the big countries and stand worthy representatives of our Cyprus” , he said addressing the staff.

“I am especially proud of all the officials of the Ministry who, despite the difficult conditions and data, always respond with a high sense of responsibility without schedules, often without their families, always on the ramparts to represent Cyprus in all international fora, in the EU. to provide 24-hour consular assistance to Cypriots around the world, to manage the multiple effects of the ongoing occupation, to promote the interests of Cyprus around the world, politically, economically, socially in all areas, to support the President of the Republic but “and all state officials, without exception, in the conduct of international relations of any kind,” he added.

I am very proud, he continued, for the people of the Ministry of Foreign Affairs, inside and outside Cyprus, who make Cyprus white-faced without drumbeats, who manage crises, who help everyone to promote their own positions in the EU and internationally in general.

“In a globalized environment where we live today with interdependencies between states, as seen in the pandemic we are still experiencing, international relations play a crucial role, in the international network, alliances, collaborations, deepening relations and even good interpersonal relations as well as and good knowledge of international issues of all kinds. And in all this the backbone and leader is the Ministry of Foreign Affairs and its people and it is not at all easy to represent the interests of a small country with a big national issue. And there outside Cyprus in the Councils and in the powerful countries there is no place for slogans but knowledge, perseverance, assertiveness, mental and physical stamina, inexhaustible patience and ingenuity in terms of perspective solutions. “All this without any dose of exaggeration has the Ministry of Foreign Affairs and its people,” he added.

Mr. Christodoulidis said that the circumstances that led to his resignation unfortunately did not allow him to make a public report on what happened at the Ministry in the last four years.

“From the beginning and building on all the work that had preceded, we proceeded based on a very specific framework and always under the guidance and daily coordination with the President of the Republic, defining three main pillars in our foreign policy without ignoring our number one priority which is “the defense of the rights of the Cypriots and the reunification of our country through the comprehensive settlement of the Cyprus problem”, he noted.

At the same time, he continued, with specific horizontal actions such as economic diplomacy, human rights and others, we further strengthened the multidisciplinary character of our foreign policy by modernizing it to a more modern image in order to achieve the required international visibility of our demands and our multidisciplinary nature. . which increases our power but also our influence.

He said that the first phase of the pandemic led to an unprecedented state of affairs where students, professionals, tourists, compatriots were trapped in dozens of foreign countries and the Republic of Cyprus through a perfect team set up in a few hours achieved the impossible.

“I started by saying that I was leaving sad. Ultimately the feeling is of happiness, joy and sorrow. Because every time a cycle closes, a significant cycle of 23 years of work and challenges abroad closes for me today, especially that everything is clearly more difficult. Another cycle always opens. “I wish him, whoever he is, to be better and more hopeful”, he added.

In his short greeting, saying goodbye on behalf of the staff to Nikos Christodoulidis, the General Director of the Ministry of Foreign Affairs, Kornilios Korniliou, said that he took over the Ministry without the need for special recommendations.

“Aware of the subject as well as the difficulties and challenges that accompany the work of the diplomat, he worked tirelessly to promote our positions abroad, building alliances and collaborations internationally. During his tenure, among other things, the presence and role of Cyprus in our region was further strengthened through the tripartite collaborations and the deepening of our bilateral relations. “A Secretariat for Tripartite Cooperation, the Secretariat for European Affairs, was set up, the strategy for economic diplomacy as well as the strategy for the EU was adopted, and in general, the multidimensional nature of the foreign policy of the Republic of Cyprus was consolidated,” he noted.

At the same time, he continued, a process of reform and modernization of the Ministry of Foreign Affairs began through the adoption of the vision as well as the solution of multiple long-standing problems, despite the difficult conditions and challenges brought by the economic crisis and the pandemic.