The Ministry calls on not to show negligence in the announcement of tenders. Georgia, EY 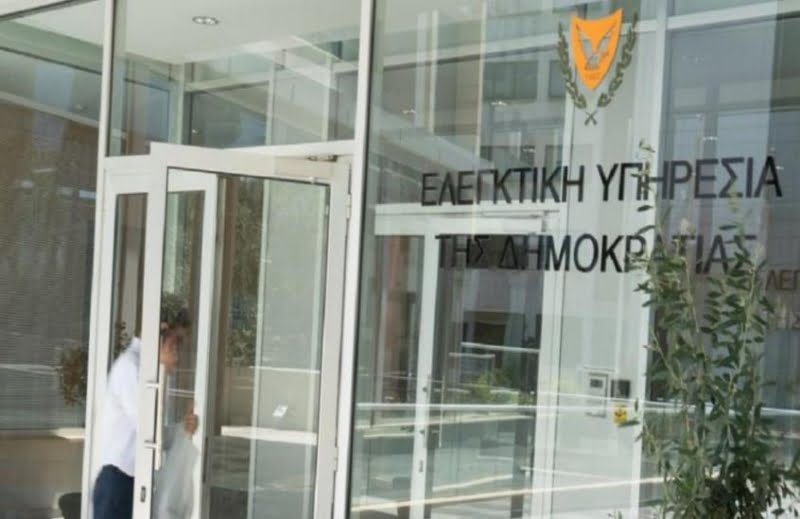 Not to show oligarchy in the announcement of tenders with a direct social impact such as those concerning solid waste management, and to avoid, “due to his own wrong handling”, to proceed with the adoption of practices such as the announcement of tenders with an expedited procedure, recommends among other things the Audit Service at the Ministry of Agriculture, Rural Development and Environment in its latest Special Report on the Audit of Public Tenders and Public Contracts of the Ministry.

The report, according to the Audit Service (EY) refers to the control of public tenders and public contracts for works, supplies and services, noting that this control is carried out, on a sample basis or following a complaint or information, either at the actual time of the procedures, and/or after the fact the procedures are complete.

One of the projects examined by EY, is the study, construction and operation of the waste treatment and disposal facilities of the provinces of Larnaca and Famagusta (Kosios OEDA Unit). Among other things, it refers to “wrong handling” by the Department of Water Development (TAW) regarding the announcement of a tender for a new Contractor, who would undertake the upgrade and operation of the OEDA Kosi Unit, and that    “the accelerated process” , for an open tender, “inevitably led to the failure to develop sufficient competition since only two tenders were submitted”.

It is also noted that, in relation to the tenders for the provision of consultancy services for the management and supervision of the two contracts concerning the construction of the 2nd Phase of the HYT Kosi and Pentakomos, “both of which were announced through an open expedited procedure and submitted, in any case , a single offer from the same tenderer to whom both contracts were awarded, our Service expresses, in advance, its reservations regarding the effective management and supervision of the two contracts at the same time, since most of the Key Experts who make up the two Teams They are a joint project”.

For the study, construction and operation of the Integrated Household Solid Waste Management Facility in the Limassol district (Pentakomos OEDA Unit), it is stated, among other things, that Phase I of the WWTP was expected to be sufficient for the burial of processing residues for the first twelve years of operation of the Unit, i.e. until the end of 2029, however, “as a consequence of the Contractor's non-compliance with its contractual obligations, the available capacity of the basin of Phase 1 of the WWTP decreased to a critical level and was expected to be saturated around the end of 2022, with as a result of which the immediate design and construction of Phase II of the HYT becomes imperative”.

It is reported that while the EY, the General Accounting Office, and the Competent Public Procurement Authority (PAPA) disagreed, the Ministry wished to proceed with the direct assignment of the study and construction of the 2nd Phase of the HYT to the existing Contractor. According to the report, the announcement of the open tender was further delayed and finally took place at the end of March 2022, with a deadline for submitting bids in mid-May 2022. Furthermore, despite repeated reports by TAU that the new cell would have to be built urgently, with inclusion of a provision in the contract for additional remuneration (bonus) to the Contractor for earlier completion of the Project, the contract was finally signed on 27.7.2022, i.e. two and a half months later, it is added.

It is also reported that the bulky waste shredder was installed at the OEDA Pentakomos Unit in mid-2017 and remained out of service for a year and a half, while it was only used for nine months before it was destroyed by fire. “Our Service expressed its surprise in relation to the willingness shown by TAU, as the Employer of the contract, to proceed with a negotiation process with a specific economic operator for the purchase of a new shredder and the sale to the same economic operator of the existing damaged one, as if and he was responsible for the incident and the obligation to repair the damage caused by the fire, relieving the Contractor of his contractual obligations/responsibilities,” it states.

He also said that they also disagreed with the fact that TAU ​​entered into negotiations with the insurance company, accepting the payment of an amount, “which it even considered as not representative of the residual value of the shredder, as according to the terms of the Operating Contract, the issue of the insurance coverage was the sole responsibility of the Contractor”. The Legal Service, with its relevant opinion, essentially confirmed the positions of the Service, it is reported.

EY also reports problems with the construction  and operation studies of various wastewater treatment plants such as deficiencies in the tender documents, “serious problems” in the smooth start of the construction contract due to successful appeals, delays, and non-timely reaction on the part of TAU in cases of problems concerns the Contractors.

EY recommends, among other things, that the Ministry/TAU “do not show sloppiness in the announcement of tenders with a direct social impact such as tenders related to solid waste management, and to avoid, citing the narrow time frames that arise due to its own wrong manipulations, to proceed with the adoption of practices such as the announcement of tenders with an accelerated procedure, which demonstrably leads to the failure to ensure a sufficient breadth of participation and the failure to develop conditions of healthy competition, which does not ensure the public interest”.

It also recommends that they make “every possible effort” to always act in compliance with the national legal framework and the European Directives in relation to the management of mixed household waste to avoid financial penalties from the CJEU and safeguard the interests of the State. Additionally, to ensure compliance with the provisions of the public procurement legislation and the terms of the relevant contracts.

Before receiving any Project, the report says, TAU “must faithfully apply” the delivery/receipt procedures so that existing problems and defects are immediately identified and their resolution promoted with appropriate actions. In addition, TAU, before the announcement of tenders for the Projects, should check the completeness/completeness of the studies and the correctness of the specifications included in them, he notes.

Finally, it asks TAU, as the contracting authority, to proceed in a timely manner with due and appropriate actions in the preparation of the documents and the announcement of the next new tenders for the operation and maintenance of Wastewater Treatment Plants and Municipal Waste.

Source: www.reporter.com.cy
Share
Facebook
Twitter
Pinterest
WhatsApp
Linkedin
Telegram
Previous article
Conversion of the old central prisons into a refugee accommodation center announced by the “hypes”
Next article
Here are the alliances in the Holy Synod – The scenarios for the election of an Archbishop (GRAPHICS)
- Advertisement -