The new Archbishop of Cyprus was handing out Athenian delights (pic) 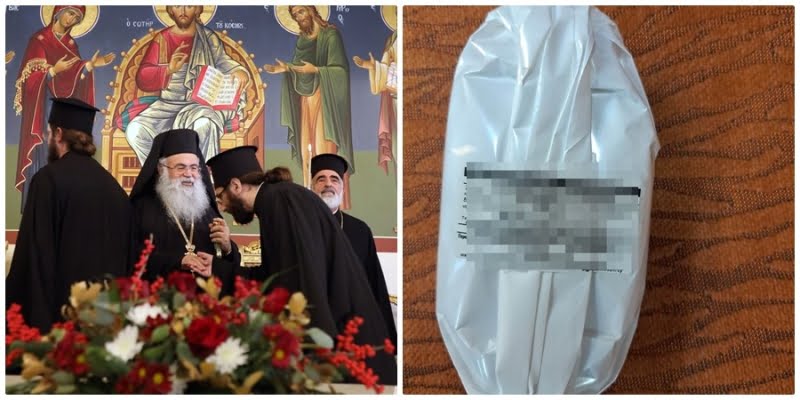 On the occasion of his election, the new Archbishop of Cyprus, George, distributed to the attendees Athenian loukoumia, the most widespread sweet of his birthplace. 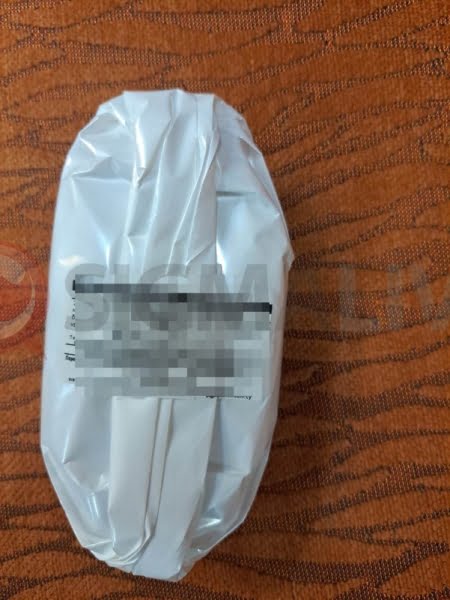 Anyway, with bells ringing in all the Holy Temples of Athienou, the election was accepted of him to Archbishop of Nea Justiniana and all of Cyprus.

As the Mayor of Athienou Kyriakos Kareklas reported to KYPE, "too many Athenians had gone to the Holy Archdiocese since the morning, where the vote for the election of the new Archbishop of Cyprus would take place. With the official hearing of the announcement of the election of the Metropolitan of Paphos Georgios, who was born in Athienou, the bells of all the churches of the Municipality began to ring joyfully, welcoming the new pastor of the Church of Cyprus.

He added. that "there is euphoria in the Municipality of Athienou and everyone is very happy about the fact of the election of one of our own people, Georgios, to the archbishopric».

Mr. Kareklas expressed "satisfaction on behalf of all Athenians for the election of Paphos Georgios" in the archbishopric. "We feel that for us Christmas came today. We believe that a worthy hierarch has been elected to the archbishopric, a fighter who is the most suitable to lead the Church of Cyprus in the right way.

The message was also joyful for the faithful in Paphos, since their Metropolitan was elected by the Holy Synod on Saturday morning, as the new Archbishop of Paphos. The joyful message, carried by the bells, which  rang in the morning, they found several, clergy and laity, gathered outside the building of the Holy Metropolis of Paphos. Some of them, in statements to the KYPE, emphasized that the nominated Archbishop of Nea Justiniana and All Cyprus, George, enjoys universal esteem and they believe that he is the one who will preserve the tradition of the Cypriot Church.

Father Kyriakos, who has been in the Holy Diocese of Paphos since May 13, 1973 and lived closely with the Archbishop of Cyprus Chrysostomos A’ , the late Archbishop Chrysostomos II, who, as he said, raised him and then the former Metropolitan of Paphos Georgios and elected Archbishop of Cyprus, wished like the new Archbishop, who "constitutes a chapter by himself both for religion and for homeland» to do the best for the place. The new Archbishop's vision, Father Kyriakos said, is largely a continuation but also an expansion of the Archdiocese's charitable and social work, as accomplished by the blessed Archbishop B’.

Andreas Chrysanthou, member of the Coordinating Committee for the elevation to the Archbishopric throne of Paphos Metropolitan Georgios, expressed his warm congratulations to the elected Archbishop of Nea Justiniana and All Cyprus and expressed the certainty that he will prove to be a worthy shepherd and leader of the Church of Cyprus. The nominee, he said, "touches and approaches all the contemporary problems that plague and touch both Cyprus, but also the whole world, through the religious point of view, with an approach that responds to the calls of the times". For this, he noted, "the world elevated him to the trinity and then he was voted to ascend to the Archbishop's throne, precisely for the mild climate and the views he expressed on all the burning problems plaguing the place».

Ioannis Dimitriou, resident of Paphos, congratulated the new Archbishop of Cyprus, noting that he has known him very well for years. He is, he said, "full of appetite, he will have great successes, he has all the virtues and ideals and is worthy of congratulations and I wish him the best".

Manolis Sosimov wished like the new Archbishop of Nea Justiniana and of All Cyprus, George, let something be the best for Cyprus, for the Church and for all the people. "He is worthy", she concluded.

Georgia Alekou expressed her satisfaction with the election of their Metropolitan and wished that divine grace would strengthen the work of the new Archbishop of Cyprus. "We love him, we were unimaginably happy today, he said and wished God to bless him so that he can manage the Church, continue the work of blessed Chrysostom II and take it one step further.

New Archbishop of Cyprus the Metropolitan of Paphos, George

LIVE: The votes in Paphos, the support of Tamasos and the ringing of bells

Source: www.sigmalive.com
Share
Facebook
Twitter
Pinterest
WhatsApp
Linkedin
Telegram
Previous article
Testimony: Georgios in the cells of the Turks with Kitiou & Makarios Drousiotis
Next article
Red: High on the priority of every citizen and the State, the green consciousness
- Advertisement -