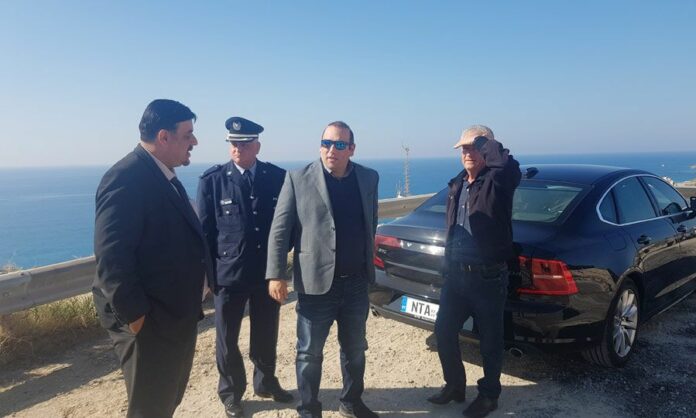 Mr. Karousos said that this particular road network has an important role to play for tourism

The old Limassol road was put into traffic today – Paphos despite the Roman Stone by the Minister of Transport, Communications and Works Yannis Karousos.

In his statements, Mr. Karousos said that it was a technically quite difficult project that was suffering quite a bit, noting however that the Department of Public Works in cooperation with the contractor solved all the problems.

He added that all the necessary changes have been made and today this useful road network for the province of Paphos as well as for Limassol is handed over to traffic.

He said that this particular road network has an important role to play for tourism.

According to the Minister of Transport, the cost of the project amounts to 1,400,000 euros including VAT and the Department of Public Works is proceeding with the next phase of the road network. He is preparing, he said, the tender documents with the aim of announcing the tender of 4 million euros in the coming months to upgrade and repair the next part of this important road network.

Asked about the doubling of the cost due to the difficulties, Mr. Karousos acknowledged that the cost did indeed double. “When the contractor's work started, there were issues, which were unpredictable and dangerous, and the project was stopped,” he said, adding that a new study was subsequently done, with more support issues, and the issue was resolved with an updated study. He also mentioned that the necessary changes were made to the budget, and today the road is being handed over to traffic.

He also said that they are moving on to the next phase of the road network, with a budget of 4 million euros in a few months, noting that it will be announced and this offer.

In relation to the spectator seats, Mr. Karousos said that the so-called view points must be created whether we are a government or a local authority, since as he noted, it is what we give to our visitors , a local network that can combine the points of view.

On the part of the Member of Parliament of DIKO Chrysanthos Savvidis who was present at the tradition, he described the day as pleasant for Paphos because it opens a very important road for the tourism that suffered many years.

Mr. Savvidis said that the four promises made by the Minister of Transport, Communications and Works for the streets of Nata, Giolo, Druseia and Petra tou Romiou have been kept.