The parties in the orbit of Nothing 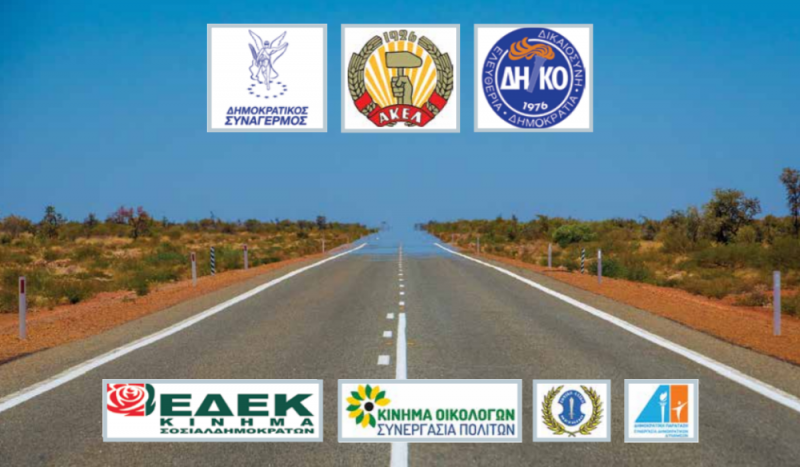 The difficulty presented by the Cypriot parties to gain a catalytic role in the upcoming presidential elections is a phenomenon that has now begun to be taken seriously. The old practice of party affiliations, political rhetoric and available customers who with an nod, a handshake and especially a promise to settle in time gave unsurpassed clusters, today does not apply as much as before.

The easy answer for some party leaders to this question is that citizens are not interested in politics. The question that can hardly be answered is why the voters lost all interest in politics and the bodies that exercise it, that is, the parties. The percentage of highly educated citizens is rising, the NCDs, sometimes serious and often trivial, are creating another parallel society that politicians can not keep up with. The main; Camp armies, especially of young Cypriots, seem to believe that they have no future in this country of enormous social inequalities, lack of justice and transparency, and that they are distancing themselves.

In all polls in recent years, the parties appear discredited by more than 80%. The abstention rate of 10% of the past decades has risen to 40%, showing an ever-increasing trend. The vast majority of young people show that they are not interested in joining political formations, while the old voters also say they are disappointed with the way the parties operate and now abstain or vote without party discipline.

The problem is deeply political, and can be detected through a Democracy vs Populism approach. In a serious democracy, the parties compose the political scene. Despite their differences, they manage to convince that everything works for the common good. In short, democracy is based on the strong confidence of the people that whichever party rules, despite the differences, will try to solve existing problems, will fight for the well-being of all, will not try to change the way of life but will improve.

Unfortunately, the Cypriot society is gradually losing its cohesion because the coherence and identity of the political discourse of the parties was initially lost. When the public debate is exhausted in proving that their opponent is a disaster for the country, the parties cease to function as political actors and are transformed into tribes fighting each other until the final fall for supremacy. Giving the impression that power is not a means of exercising policy to solve the problems of the citizens but a booty in the hands of some guardians.

Somewhere here, some populist politicians are mushrooming out of nowhere, who have all the guarantees to develop into dictators. They are not participating in the Democratic Dialogue, we therefore do not know their views or the policies they will follow. Their policy is simple. They move in the areas of the lifestyle, that is, they appear in TV shows and say how good children they are, they run marathons, they chant at festivals, they do cleaning campaigns and underground they generally denounce the system as corrupt and systemic. The international experience is truly disarming:

* In Britain, some politicians, such as Nigel Farage and Boris Johnson, appeared out of nowhere and persuaded a people with a long democratic tradition to vote in favor of leaving the European Union to save money and strengthen the health system, among other things. Today, Boris Johnson, who has finally become Prime Minister with a vision for the future of Great Britain, is considered the worst and most ridiculous Prime Minister of the last decades. His daily presence in political events demeans the country that led us to modern democracy with the Magna Carta.

* In the USA, Donald Trump was elected President of the USA by a businessman and a fan of various TV shows, and with his vulgar populist attitude he led the oldest democracy on the planet to a state of disintegration. With him ruling not through political synthesis but through tweets on Twitter and their followers wanting to occupy the Capitol. He found suitable ground to be elected, after his parties paved the ground losing the trust of the citizens, acting as tails of some lobbies, as a result of which the citizens are looking for a savior.

In the modern complex world, of course, there are no saviors, not even charismatic personalities who want to be considered universal spirits. The so-called charismatic ones emerge when in a country nonsense and irresponsibility accumulate and are expressed in a majority current. This is when the parties and their leaderships are transformed, as mentioned above, into guardians who think they can sell colorful baubles and algae to silk ribbons to the people. Forgetting something very important. That every rusfetti of the guardian, satisfies one and displeases 100. That every unworthy appointment causes a small revolution among those who believed that so many years of study will be rewarded. That any failure to provide transparent data on their financial situation is causing waves of conspiracy theories that they are in politics to get rich, collaborating with a small clique of businessmen.

Today in Cyprus, 12 months before the presidential elections, the political life of the country is moving in the ideology and political practice of Nothing.

* DISY seems to be in the hands of the former Minister of Foreign Affairs, who wants to be elected President because he has a nice smile and because an apolitical society that has been raised by the parties prefers him because “at least he is a good child”. He was nurtured by the proverbial political nystagmus of Nikos Anastasiadis, who in recent years has divorced from rationalism, and Averof Neophytou, who instead of producing politics in his party and deepening democratic processes, ended up a hunter of talents under development.

* AKEL seems lost in space. Its voters are abandoning it, as it operates as a closed union of professionals seeking partisanship. There are some groups left in the party, which are now competing over who will impose the new candidate of the party. Most people want to choose the right candidate, probably because they inwardly believe that what they believe has collapsed. They want to change, they say, Cyprus, but they do not want to change themselves.

* DIKO remains consistently the most clientele party in the country. It is the only party that keeps its identity intact. Old-fashioned but realistic, their leader told us that it will rain and snow in 2023. The power is for DIKO loot which will be collected from the battlefield in 2023.

* The other small parties by the same logic count beans and seem ready to move where their party interest demands. The goal is for them to survive as party mechanisms with access to power and not as accomplices in changing the example in our country.

Logically, we end up with several independent candidates who are expected to give color to the upcoming presidential elections. A victorious battle could be fought if there really was an independent party and not the multi-fragmentation that exists today. A truly independent person could win and not some who for a lifetime were partisans and today disguised as independents. He could win if he was convinced of the obvious. That Cyprus in the next five years is required to function as a normal state. No corruption. With social sensitivity. Without populism. With a serious foreign policy. No thieves and rogue politicians. With justice and opportunities for all.