The Plenary of the Parliament voted the OAU budget for 2023 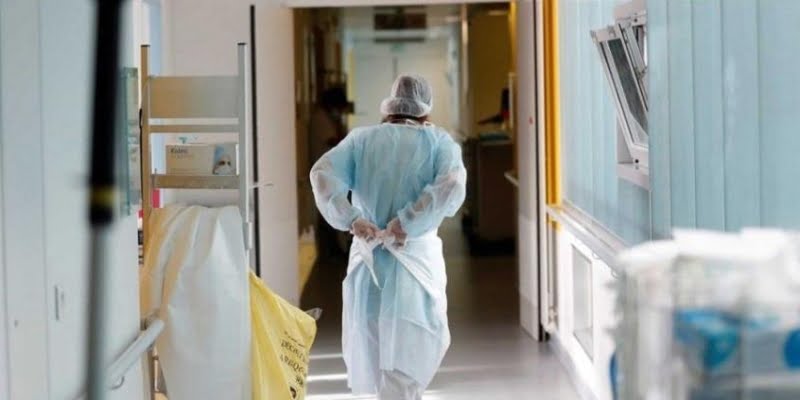 The Plenary Session of the Parliament voted in the afternoon the budget of the Health Insurance Organization (OHI) for 2023, which foresees expenses of €1,448,052,000. 40 MPs present were in favor of the OAH budget bill.

The amendment tabled by Mr. Sizopoulos and voted for provides for the written information every six months of the Parliamentary Health Committee on the incurred expenses of the overall budget of the OAU.

Also, the first amendment of the DIKO that was voted in favor provides for the written information of the Parliamentary Health Committee, every six months, on the incurred expenses related to the fund for training and providing other incentives to the providers of health care services.

The second approved amendment of the DIKO concerned the written notification of the Health Committee on the incurred expenses concerning the fund for the remuneration of the President, the members of the Board of Directors and the advisory committees of the OAU.

With reference to the third amendment of the DIKO voted by the Parliament, this concerns the written information of the Health Committee every six months on the incurred expenses related to the fund for IT system support and other operational procedures of the NHS.

Presenting the amendments during the session of the Plenary, the President of EDEK said that they asked the Board of OAU “to give us the list of where and how the 1,190,000 euros budgeted in the 2021 budget for communication, publications and publicity have been allocated” and “unfortunately this catalog did not come”.

He also said that “the list we requested for the fees of private hospitals for 2021” also did not arrive and added that a jump in the budget was observed, at a time when “the studies determined as the maximum amount of implementation of the global budget in full implementation of the NHS the 920 million euros”, while today it reached 1.5 billion euros, showing an increase of 60%.

“This is money of the tax-paying citizen through the contributions he deposits” and for this reason they were also deposited the five amendments of EDEK.

Mr. Sizopoulos said that with the first amendment we ask that the amount of 1,050,000 be deleted from the budget. euros that has been budgeted for communication, publications and publicity and added that “for a Catholic system such sums are indulgently unacceptable”.

He stated that the second amendment concerns the deletion of 1 million euros for the training and incentives of health care service providers and added that “someone to join the Plan as a provider must meet conditions and any training must be a case concerning the same”.

He also said that the remaining three relate to crossing amounts and informing the Health Committee.

DISY Member of Parliament Savia Orfanidou, after noting that DISY will support the amendments concerning the notification of the Health Committee, said that the pandemic was the biggest stress test for GeSY that we almost all voted for and passed this stress test with a very positive mark ” and added that many believed the GeSY but it was the governance of Nikos Anastasiadis and the DISY that supported this plan and promoted it”.

Responding to reports by the AKEL Parliamentary Representative Giorgos Loukaidis, who said that in the upcoming elections a lot will be judged in relation to the character and philosophy of GeSY, Ms. Orfanidou said that the DISY and its President “were and are advocates of GeSY and we wish to improve and upgrade it without any change in its philosophy and architecture and this is DISY's clear position”.

Mrs. Orfanidou said that “after three and a half years of operation of the National Health Service, we must identify some weaknesses and problems and try to propose solutions to improve it” and added that “there were and still are abuses, provocative wastes, bad management, lack of a system control by health professionals”, but also the fact, as he said, that “the Cypriot taxpayer should not pay twice or three times for the NHS”.

“We pay the contributions but we also pay some expenses that they concern the medicines but also the subsidized patients who go abroad who should be covered by the NHS”, he said and thanked the OAU for adopting DISY's recommendation to “change the remuneration of doctors and to include within this remuneration the mixed system on the basis of quality criteria”.

AKEL's Parliamentary representative Giorgos Loukaidis said that in difficult pandemic conditions “a lot of work has been done” by the Organization “to have a health system today” and wondered where we would be today, without the health system at the time when they were left “at the mercy of the public hospitals are out of luck” and if we did not proceed to the second phase of the NHS, the inpatient one.

He also mentioned that there are challenges and problems that need to be addressed and added that “because they are very much claiming the ownership and motherhood of this important conquest and because of lies we saw the amazing thing that Mr. Christodoulidis abandons Mr. Neophytou in relation to the polemic he was practicing the last one at the expense of GeSY, Mr. Christodoulidis perhaps did not see the tweet made by Mr. Pamboridis which did not put him in a different position from Mr. Neophytou”.

Mr. Pamboridis wrote, according to Mr. Loukaidis, that he was not an enemy (of GeSY) but “he was not among those who supported the effort”.

He stated that “because too much will be decided in the upcoming elections and in relation to the character and philosophy of the GeSY, the continuation of the government either with Mr. Neophytou or with Mr. Christodoulidis will put in doubt and endanger the philosophy and the character of the health system”.

Regarding the amendments, Mr. Loukaidis said that AKEL will vote in favor of all the amendments through which the Health Committee is requested to be informed and “we will vote against all the others”, while AKEL MP Aristos Damianou said that “everyone recognizes and the ethos and the contribution of the previous president of the OAU”.

Responding to Mr. Loukaidis, DISY's Parliamentary representative Nikos Tornaritis spoke of Mr. Loukaidis as “a fairy tale” and that “the Goebelian propaganda says that when you repeat a lie too many times in the end it can be believed”, while he added that “many dreamed of it and recorded it in programs”, but “only the Government of Nikos Anastasiadis and DISY succeeded”.

The Parliamentary representative of DIKO Panikos Leonidou said that DIKO will vote on the budget, while responding to Mr. Loukaidis, he said that “without any discussion or insinuation, he hinted that Mr. Christodoulidis or Mr. Neophytou, if elected, would create a problem for the National Assembly”.

He asked whether Mr. Loukaidis realizes that “with some such statements and decisions we strengthen the way in which some organizations operate and at the end of the day a bigger problem is created for the citizens”.

Mr. Leonidou said that “at this moment there is an organization, an administration, which makes decisions as if it were the personal business of the administrators” and added that “we all saw in the previous period what happened regarding the Presidents and the appointments of the President of the OAU”, while he mentioned that the DIKO will support the current president of the OAU “to find solutions to the big problems that the OAU has”.

He also mentioned that the DIKO voted for the GeSY and wondered “for what reason” for DIKO to want to “destroy it, as Mr. Loukaidis alludes to” and added that “godfathers of the various organizations must cease to exist”.

Responding to Mr. Loukaidis, DIKO MP Christiana Erotokritou said that an AKEL MP “wants to turn the process of passing the OAU budget into a mini pre-election debate” and wondered whether “the gathering of support from members of the Council of Ministers for Mr. Pamboridis is the vote of confidence for the candidate president” of the Republic and whether “this is how AKEL chooses who and when and if it will support them”.

The MP of DIPA – Cooperation Michalis Giakoumi said that “the OAU is the backbone of the GeSY for this and the bar of expectations is high” and added that “we recognize the work of the OAU, however, we detect various abuses”.

< p>Mr. Giakoumis said that society is aware of the problems and “asks all of us for solutions” and “that is why we expect the methods of dealing with abuses to be implemented in the NHS” and referred to on-site inspections which “will include the carrying out of control of medical procedures”.

He also mentioned that after the findings of the Auditor General for the OAU, “serious concerns arise about the increased prices in the supply of medicines” and added that “we expect the best possible financial management … so that in the future we avoid any possible inflated prices when purchasing medicines”. in particular the inclusion of more specialties and added that the DIPA will vote on the budget of the OAU and the amendments concerning the notification of the Health Committee on the incurred expenses of the OAU.