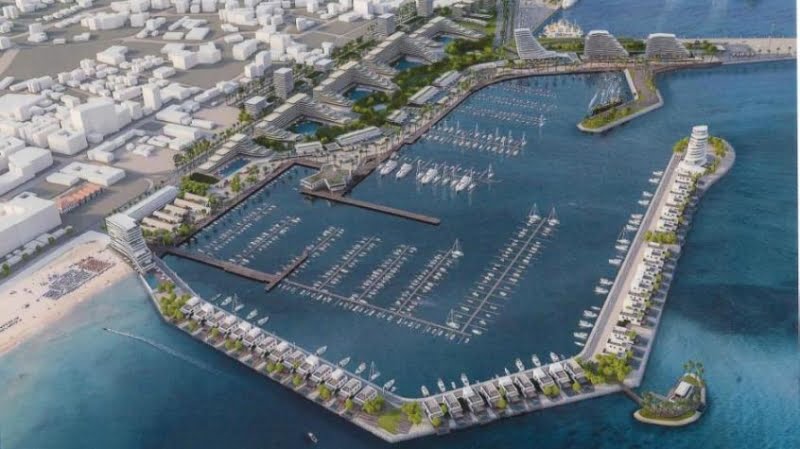 The strike of Dockworkers and Markers continues for the second day at the port of Larnaca. A total of 26 workers, 22 dockworkers and 4 markmakers are on strike.

The District Secretary of SEGDAMELIN PEO Larnaca Natia Kyritsis told KYPE that “there is a strike at the Port of Larnaca, due to the fact that the management company KITION OCEAN HOLDINGS LTD  insists on not implementing the agreement made by the Ministry of Transport in March 2017 for carrying out the completion of the work of dock workers at the pier with a 50-50 throughput rate” with one post for dock workers and one post for managers. “The insistence of the company not to follow the agreement made between the Ministry of Transport, which is valid in Limassol on for the past 5.5 years, it has led us to a dead end,” he added.

Ms. Kyritsis, said that “if the company decides to respect the agreement that exists and with which it worked last week, after the mediation of the Minister of Transport Yannis Karousos, the port workers and scorers at the port of Larnaca will get work immediately. All we ask is is the implementation of the agreements and the collective agreement which is common to all the ports of Cyprus”.

In response to a question from the KYPE on whether all opportunities for dialogue have been exhausted and the workers have been led to strike, Ms. Kyritsis stated that “this issue has been open since 2014. We are open to dialogue, but the agreements must be respected and the workers must not be forced to take the last measure of the strike, which entails losing their daily wages.” .

Panagiotis Panagi District Secretary OMEPEGE SEC Larnaca told KYPE that “we are here because we request the implementation of the agreement that already exists for the pier and it concerns docking and undocking and we request the implementation of this agreement in Larnaca which has been in place since 2017 and is applied to the port of Limassol. The issue has been open for many years, no solution has yet been reached and that is why we have reached this point where we are today”. if the strike will continue indefinitely until a solution is found, Mr. Panagi stated that “we have informed that with the implementation of the decision that exists in Limassol to be applied in Larnaca as well, the dock workers and flaggers are ready to start work immediately”.< /p>

Panos Alexandrou, Founder of KITION OCEAN HOLDINGS LTD, told KYPE that “the strike that is taking place today is illegal, because the law on dock workers was not followed”. Specifically, Mr. Alexandrou stated that “the dock workers had to give 8 days notice to go on strike, since the relevant consultations were previously held with the Ministries of Transport and Labor, which was not done. Therefore, the dock workers went on an illegal and irregular strike with this is how I want it in terrorist style, let us be told you will accept it or we will close the port”.

Mr. Alexandrou stated that “today, SEK and PEO are against the law, illegal and want to get their way illegally. The agreement that Ms. Kyritsi says was never agreed upon and never implemented by the Ports Authority which was the managing company of the Port of Larnaca, until March 31, 2022. This agreement was never given to KITION OCEAN HOLDINGS LTD because it was not implemented and because it was not agreed with the Port Authority and we are not part of the agreement mentioned by Ms Kyritsis which is an agreement that was only valid for a period of three months and was between the port of Limassol and the Ministry of Transport”.

He also stated that “the request of Ms Kyritsis and PEO is unreasonable, illegal and should not be implemented We recommend today to the Ministry of Labor and the Ministry of Transport to take legal measures to end this illegal strike”.

He stated that “so far no ship has left without unloading” while referring to the possibility that “ships will start to leave and go to other ports and then it will be very difficult for them to return”.

In a statement the Federation of Employers & Industrialists “condemns the work stoppage of dock workers at the port of Larnaca,” and states that “the strike is being carried out in violation of the Industrial Relations Code, with the aim of imposing demands that are not based on any process”.

It is reported that “the issue raised has received an opinion from the Attorney General, however the Trade Unions insist on not accepting it and violating the Code, proceeding with strike measures, without there being a labor dispute before the Mediation Service of the Ministry of Labour”.< /p>

The OEB reports that “for the umpteenth time the dock workers, operating completely outside of the institutionalized procedures and labor institutions, choose the path of conflict, trying to impose their demands in a willful way, completely ignoring the problems created in traders, to other workers, to consumers and the economy in general”.

Finally, the OEB states that “the State must proceed with the adoption of the OEB's position for the legislative regulation of the Agreement on the Workers' Resolution Procedure of Disputes in Essential Services, agreed and signed by the social partners in 1999 and which the Guilds refuse to implement”.