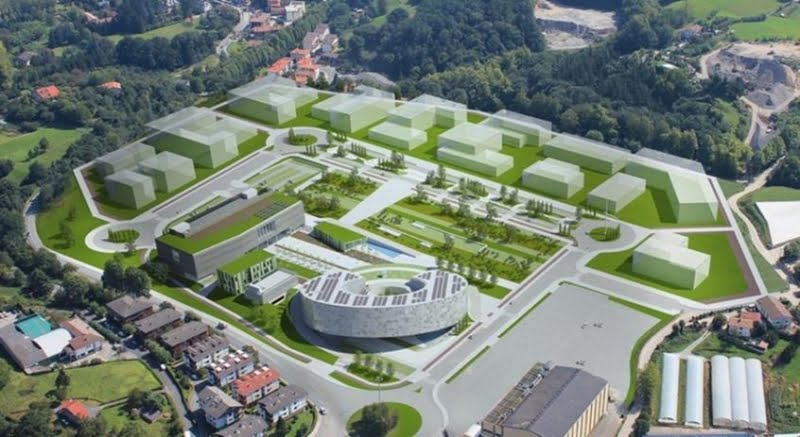 The Commerce Committee of the Parliament requested a specific proposal from the Government for the creation of a technology park in Pentakomos, an issue that has been pending for decades.

In statements after the Committee session, DISY MP Nikos Sykas also mentioned that the committee also discussed the issue of the technology park in Pentakomos, the construction of which has been discussed for 21 years and for the utilization of which no substantial effort has been made done over time.

Mr. Sykas said that from what was evident from today's meeting, the relevant agencies and the relevant ministries are not able to come to a conclusion on the development model and the way to manage and dispose of the space, with the result that the committee has requested the competent ministry with the immediate opening of Parliament after the presidential elections to come up with a specific proposal regarding the utilization of a very important project, since we are talking about the Cyprus of innovation and development.

He added that since more than 300 million have been invested in Limassol related to technology and beyond, the need to utilize the 300 thousand available square meters is imperative, stressing that the technology park will be located in Pentakomos and not anywhere else. to be desired by some.

Mr. Costas also spoke on the subject, who said that for 21 years the creation of the science and technology park has been promoted as a basic infrastructure for the promotion of research, innovation and high technology in Cyprus, as well as as a tool for the development of entrepreneurship and smart specialization for the implementation of the country's digital strategy, but also the transformation of Cyprus into a regional center of applied knowledge.

He added that the previous two governments had decided that this park should be created in the area of ​​Pentakomou of the province of Limassol, but then the Government canceled the project, removing from the state budget the fund for the creation of infrastructure up to the entrance of the park.

“From then until today, both AKEL and other parties, as well as the EBE Limassol, call on the Government to study incentives to attract serious, worthy and reliable investors from abroad, which to incorporate in a new notice of expression of interest, the which must be done as soon as possible, and change its position for canceling the project”, he underlined, wondering whether for this serious issue, for which the government found a comprehensive plan and threw it in the trash, it does not want to proceed due to expediency , perhaps interests

The AKEL MP also said that in today's session it was heard that the inter-ministerial committee decided to start a public consultation within the next few weeks to see, among other things, whether the technology park meets today's needs due to changes in the structure of the economy, without even a study on the cost of building the infrastructure within the park until today after all these years.

“It's a fan because the Government is standing in the way because it does not want this project to be done, unfortunately it seems that it has canceled it for good”, he concluded on the matter.