There are unacceptable inequalities in cancer between EU member states 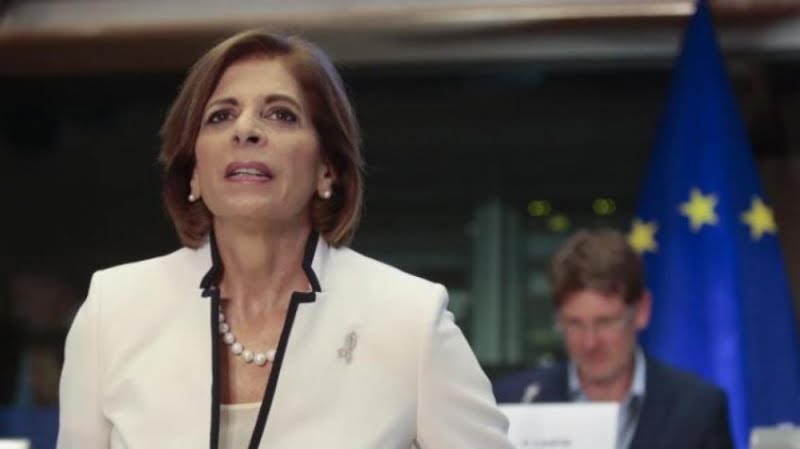 The European Commissioner for Health and Food Safety, Stella Kyriakidou, referred to the importance of cooperation between all partners in order to crown the success of the European Plan to Fight Cancer, stressing the need to eliminate “unacceptable” inequalities in prevention, treatment and care for cancer, among the EU member states.

Stella Kyriakidou was speaking on Monday, in Limassol, at the 42nd annual meeting of the European Cancer Leagues, the pan-European, non-profit organization of links of patients with experience cancer, hosted on our island by the Cyprus Anti-Cancer Association.

In her speech, the European Commissioner said that “we live in a very unpredictable changing world and we have seen over the last three years that threats to health and safety can appear at any time”.

She, he continued, it is a time when we need innovative solutions, more than ever, while when it comes to cancer prevention and care, “we see that there are still huge inequalities, not only between Member States, but also within Member States, in different socio-economic groups”.

Citing breast cancer screening as an example, where the screening rate between Member States ranges from 6% to 90%, Ms. Kyriakidou said that “for many of us and for me personally, it is unacceptable that there are such huge inequalities in cancer prevention, treatment and care in 2022 within the EU”.

For this reason, he indicated, the Commission is adopting the “Register of Cancer Inequalities”, with the aim of monitoring trends and providing guidance as well as support for investments in those areas of health where Member States are lagging behind, for the benefit of patients .

He also said that in 2023, on World Cancer Day, the cancer data of all member states, together with Iceland and Norway, would be published, which would reveal inequalities, but it will also help to bridge the gaps identified and direct the Commission's support methods to the member states.

“In recent years research and technology have dramatically changed the way we understand cancer,” said the Commissioner, noting that through its planning and programmes, the EU looks to further improve prevention and patient care .

We need, he continued, to tackle all types of cancer, with the help of all policy makers and partners “and this is exactly what the European Plan to Fight Cancer offers”.

Among other things, Stella Kyriakidou referred to addressing the fair access of cancer survivors to financial services (including insurance), through a code of ethics, which will be implemented from 2023 and to their “right to be forgotten, a right that speaks against discrimination and stigmatization”. “We cannot allow that there is still discrimination against those who have had an experience of cancer in their life” he said and conveyed the determination of the Commission to work beyond the borders of the member states.

He gave, specifically, as an example, the provision of assistance for transport to member states, of Ukrainian cancer patients, through the mobilization of a “really strong health network”, with the assistance of Non-Governmental Organizations, whom he thanked.

“This is another example that shows the power of European solidarity and commitment,” he added, as well as the vaccination strategy for COVID-19, where vaccines were distributed simultaneously and equally to every European citizen.

This, the Health and Food Safety Commissioner underlined, “shows that when we work together as 27 we are stronger” and that “we can do a lot more when we keep this in mind when we work on cancer”.

The conference was welcomed by the President of the European Cancer Leagues, Professor Rui Medeiros, representative of the Minister of Health, Michalis Hatzipantela   and the President of the Anti-Cancer Association of Cyprus, Dr. Adamos Adamos, while a video message of the MEP, co-chairman of the MEP's Against Cancer group, Loukas Fourlas, was shown.

In the context of the conference, topics such as the comprehensive care of cancer patients through the provision of oncological services and palliative care, ways to combat inequalities in care at European level, the need for personalized treatments, the challenges for cancer survivors and the use of supportive care.