These are the 12 Judges of the “50 BEST Restaurants” institution 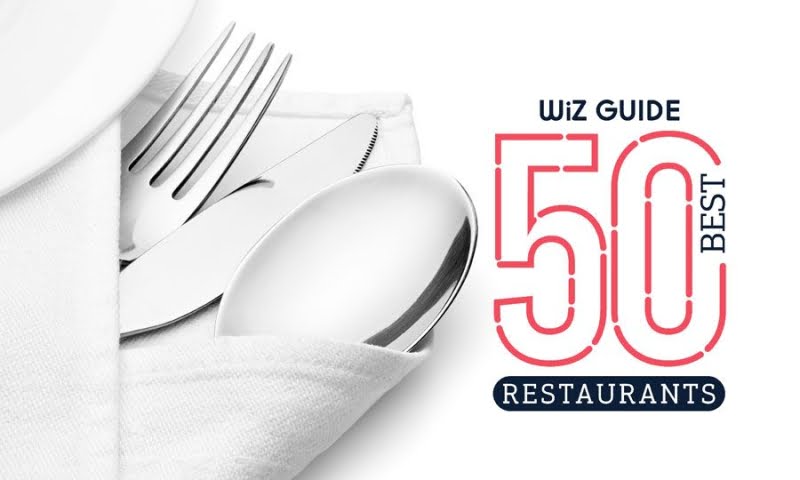 Twelve renowned judges are already in the process of searching for the 50 Best Restaurants in Cyprus, secretly and unannounced tasting dozens of restaurants on the island. The leading entertainment guide WiZ GUIDE announces the organization of the “50 BEST Restaurants” event, with the aim of objectively mapping the emerging gastronomy in Cyprus.

For this purpose, twelve renowned judges from Cyprus and Greece, visit unannounced and anonymously test dozens of restaurants in Cyprus and score according to fixed criteria, which are based on corresponding leading institutions abroad, with whom WiZ contacted and collected expertise.

Meet below the 12 mystery inspectors who are currently testing dozens of restaurants in order to end up in the 50 Best of Cyprus. 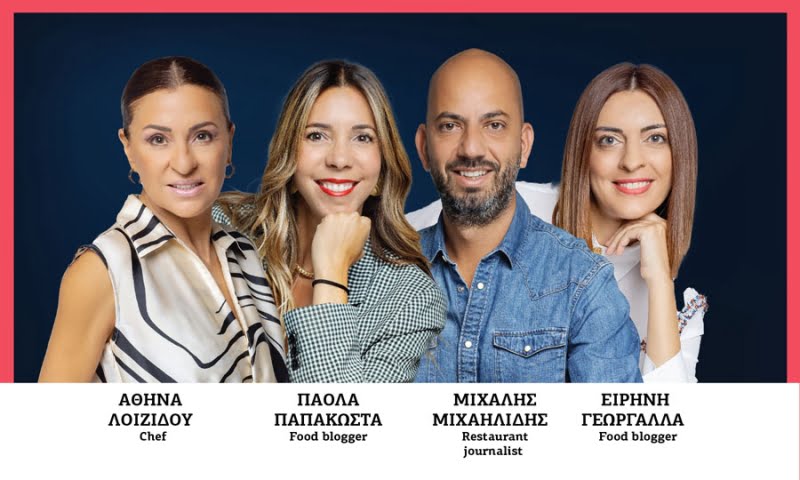 THE APOSTLE KOUROUPAKISis the Content Manager of the newspaper “KATHIMERINI” and Editor-in-Chief of the cultural insert “Zoi”. He is a long-time member of the jury of the “Gastronomos” awards, and the author of the book “Abundant of all good things – small glimpses of the fruits of the Cypriot land”.
@apostoliskouroupakis

LEONTIOS TSELEPOSis a Legal and Sports Management Consultant. An important part of his life is dealing with the public and his active involvement in charity and social campaigns through Round Table 7 Paphos and Movember Cyprus. In addition, he declares himself a travel, fashion, food and drink aficionado.
@tselepos

DENI KALLIVOKAis Food & Drink Editor in the biggest magazines and newspapers in Greece and Publisher of Difford's Guide Greece & Cyprus. She was a judge at the Golden Caps and a judge at world spirit and cocktail competitions, while in recent years she has been a close collaborator of the Quality Awards of the magazine “Gastronomos”, in Cyprus.
@denny_kallivoka 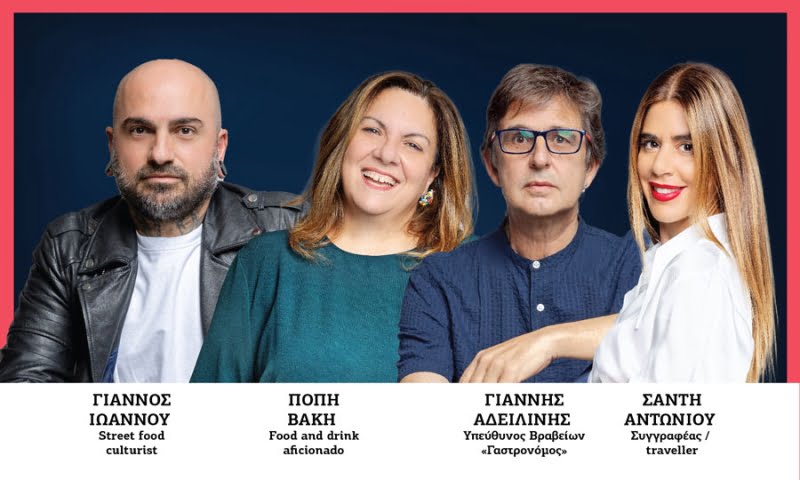 THE VENUS LEATHERSis a Journalist at WiZ Guide and a Radio Producer at Love Fm. Her first contact with gourmet cuisine was through the magazines EvZin and Athenorama, while as a member of the WiZ team she continues to search fanatically to find restaurants that are always based on quality raw materials and aim at pure flavors.
@afroditedermata

YANNOS IOANNOUis Creative Director of SPPMEDIA Group. At the same time, in his spare time he is a tattoo artist and illustrator, while he also enjoys traveling, exploring new cultures, and street food culture. In his work, the minimalist Japanese Ukiyo-e style, from which he is inspired, is clearly visible.
@nmeisyou

POPI VAKI has traveled a long way in the media (prints, television, radio), which starts from the beginning of the 90s, having as a dominant element the good life and good food. Today he is a Training Manager at Eminentia Trading, while being a lover of flavors, he never stops discovering and trying new food places that spring up on the island.
@kalliopi.vaki 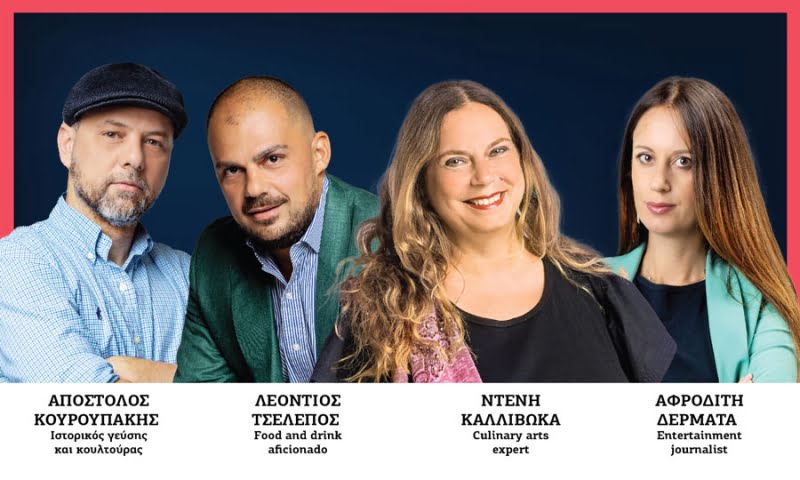 GIANNIS ADELINIShe was the editor-in-chief of various magazines on the island, while today he is a Radio Producer at Deejay Radio (at this time we listen to him on s/k), Editor of the special editions of “KATHIMERINIS” and Responsible for the “Gastronomos” Quality Awards.
@ yannisadilinis

SANTI ANTONIOU is an award-winning author of children's literature and works as the Director of the Frederick University Counseling and Wellbeing Centre. She is also a traveler and likes to explore the culture of Cyprus.
@sandyantoniou

ATHINA LOIZIDOUis a CHEF and Cookbook Author. So far she has published six cookbooks and we have seen her on several TV shows. In addition, she has her own website athenarecipes.com, as well as her own youtube channel, while for the last four years her recipes have been hosted in the magazine “Gastronomos” of Cyprus, of the newspaper “KATHIMERINI”.
@athenaloizides

PAOLA PAPAKOSTAis a Food blogger. After her studies in Economics, she first worked in the stock market in London, while later she tackled Digital Marketing for food businesses. Returning to the island in 2012, he created the food blog “Cypriot and Proud”, highlighting places worth being proud of.
@cypriotandproud

MICHALIS MICHAELIDIS is Journalist at WiZ Guide, the largest entertainment guide on the island. He worked in lifestyle magazines and sites, sometimes as editor-in-chief, writing about catering, going out and culture, while for several years he participated in an evaluation group for highlighting the best restaurants in Cyprus.
@michailisquared

IRINI GEORGALLA is an Economist and Food Blogger. Since 2014, she has had her own blog about restaurants, called “Out & About', through which she shares her passion for good food and restaurants. In addition, for two years she was a contributor to WiZ Guide, writing restaurant reviews.
@igeorgalla

Source: www.kathimerini.com.cy
Share
Facebook
Twitter
Pinterest
WhatsApp
Linkedin
Telegram
Previous article
Handcuffs to the second wanted man for the attempted murder in Larnaca
Next article
In the hands of the Audit Office, the data for Turkish Cypriots – After the elections, the report
- Advertisement -