Thoughts on increasing the tax-free allowance to €25,000 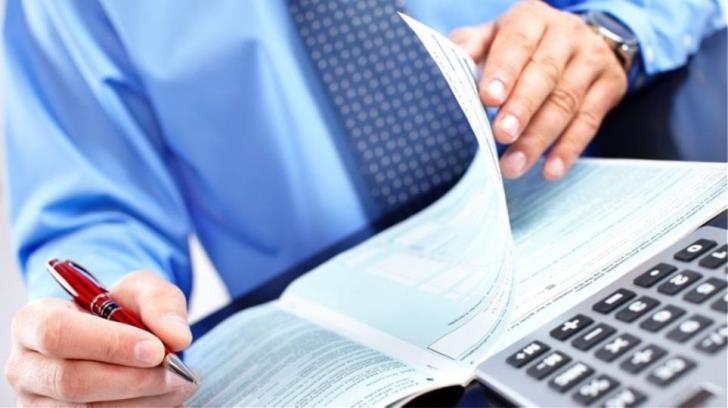 In the context of the effort made to relieve households, due to inflationary pressures and accuracy, one of the issues that the government is considering is that of increasing the tax-free amount, which, let's recall, is currently at €19,500. Regarding the matter, however, the Minister of Finance, Constantinos Petridis, had stated that despite the fact that Cyprus has one of the highest tax-free rates in the EU, the matter will be examined, adding, however, that the scope for its increase is not great. In his recent televised statements, the President of DISY and candidate for President of the Republic, Averof Neophytou, had stated that the tax-free allowance could only be increased for 2023 to €25,000, stressing that in this way households can save annually an amount close to €1,000. In the opinion of the column, this measure is correct, as the amount saved will be returned both to consumption and to public funds.

READ ALSO: < /b>The people behind the acquisition of Aretaiou and Pascal

Final announcements on the matter are not expected before the end of the year, since the government advisor is studying and examining some scenarios, which will be presented to the Ministry of Finance. Finally, let us mention that a proposal to abolish the annual fee of €350 that businesses currently pay to the Registrar of Companies is under study, with many chances of its implementation.

Deal for a hotel in Nicosia< /b>

The approval of the offer for the purchase of the hotel “RIMI Hotel”, in the Trypioti district, of the Municipality of Nicosia, was announced by Gordian Holdings on its website. This is a hotel located at the corner of Solonos Street and Aristokyprou Street, 150 meters from Eleftherias Square and 70 meters from Ledras Street. The hotel adjoins a pedestrian street (Laiki Geitonia) along its eastern border. It was renovated in 2000 and consists of ground floor, basement and three floors. The ground floor consists of a reception area, living room, restaurant, bar, kitchen, office and an inner courtyard, which has been converted into a warehouse. It has a total of 26 rooms on two floors. The property may qualify for new government incentives to revitalize Nicosia's inner walls.

In more detail, according to the KPMG report:

According to the findings of the report on the illegal cigarette trade in Cyprus:

< p>Renovations of hotels in Greece by Louis Plc

The Executive Chairman of Louis Plc Kostakis Loizou mentioned the significant investments for hotel renovations managed by the group in Greece. Specifically, during his speech at the annual general meeting of the company's shareholders, he mentioned that Louis plc is operating for the second year the five-star hotel unit Asterion Suites & Spa in Chania, Crete, while this year the operation of the completely new, also five-star, Once in Mykonos begins.

Additionally, according to Kostakis Loizou, extensive renovation and upgrade projects have been carried out at the Mykonos Theoxenia hotel, while a large-scale renovation is planned for next winter at the Louis Kerkyra Blue hotel in Corfu, one of the two privately owned hotels of the complex on the island. Finally, in terms of group results for the year ended 31 December 2021, Louis plc recorded an increase in turnover of 192.1% or €44.9 million, compared to €15.4 million in 2020. Consolidated net loss after tax in 2021 amounted to €30.3 million

Major investments in Limassol offering new Health Sciences degree programs and expanding its building facilities were announced this week by Frederick University, during the first of a series of graduation ceremonies for the 2021-22 academic year. The announcement was made during her greeting by the president of the University Council, Natassa Frederikou. As he mentioned, the new strategic planning of the University for the period 2022-2030 has as a key element the strengthening of the university in Limassol, with the development in the field of Health Sciences and in this context, the  design of a Medical School, the only one based in Limassol, which is expected to be operational in the next three years.

5 star hotel and 2 towers in Larnaca

< p>The environmental authority gave the green light to Omicron Real Estate Ltd. for the construction and operation of two residential towers and a tourist development called “Staston Project” in the municipality of Larnaca. The project will consist of Tower A, 19 storeys and Tower B, 27 storeys, and a five-star hotel with 25 floors, 100.75 meters high. The towers will include a total of 97 apartments, cafes, shops, restaurants, a gym, a spa and two single underground car parks, with a capacity of 218 spaces. The hotel will have a capacity of 168 rooms and will include cafes, restaurants, bars, a gym, spa, staff areas, management and maintenance areas and two underground parking lots with a capacity of 133 spaces, eight of which are for the disabled. The proposed project is located at a distance of approximately 500 meters north of the core of the Larnaca municipality and at a distance of approximately 500 meters southwest of the port of Larnaca. At a distance of about 200 meters to the southeast is the marina.

Source: www.philenews.com
Share
Facebook
Twitter
Pinterest
WhatsApp
Linkedin
Telegram
Previous article
Constanti: ETEK does not pull the coals around it
Next article
A fight broke out in a nightclub and shots were fired – 21-year-old handcuffed
- Advertisement -