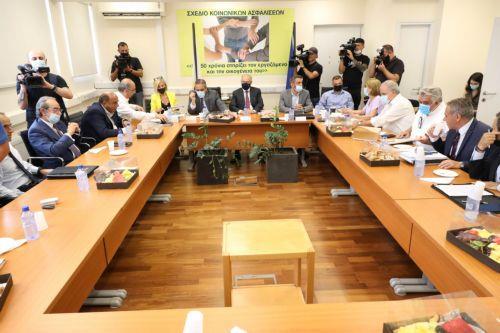 Their determination and commitment to collective action with the aim of a positive outcome for the restoration of the Automatic Price Adjustment (ATA), were expressed during a broad meeting held on Thursday afternoon by the trade unions SEK, PEO, DEOK, PASYDY, OELMEK, OLTEK and POED aimed at informing about the developments and making decisions in relation to the ATA issue.

In today's meeting, which took place at the offices of the SEC and is a continuation of a previous one, the trade unions, according to their joint statement, expressed “their dissatisfaction with the attitude of the employers' organizations and also with the delay observed in the completion of the process concerning the performance of ATA on the basis of its philosophy, as envisaged in the Transitional Agreement of July 2017″. all workers in all sectors of economic activity, for the restoration of the purchasing value of their wages from the rise of inflation”.

Finally, the organizations SEK, PEO, DEOK, PASYDY, OELMEK, OLTEK and POED decided to convene an all-union meeting on January 5, 2023 at 9.00 am. at the POED offices, in Nicosia, “with the aim of evaluating the data and making decisions on the next steps to be taken”. reaction if necessary.