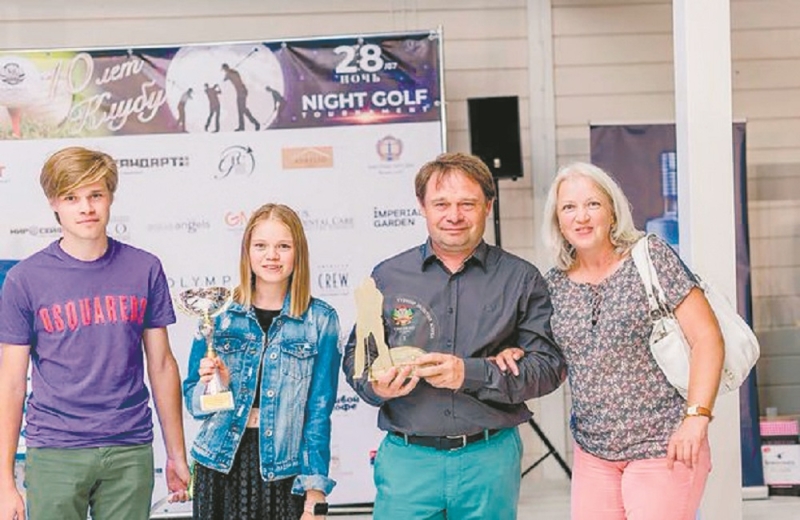 On April 19, 55-year-old Sergei Protosenia, his 53-year-old wife Natalia and their 18-year-old daughter Maria were found dead in their luxurious villa in the Spanish resort of Lloret de Mar.

The Catalan police authorities, according to official statements, are examining the scenario that Sergei Protosenia killed his wife and daughter with an ax while they were sleeping and then put an end to his life. & # 8217; However, serious doubts have been raised as to whether Protosenia actually committed the crime and the suicide, while international reports in turn raise questions.

In fact, the scenario of the Police in Catalonia is challenged by the 22-year-old Fedor, son of Protosenias, with his public statements, thus fueling the speculations that they want something else to be hidden behind the tragedy.

Somewhere there he enters the whole history and our island. On a Russian platform where journalistic information is recorded, the posting of a person who knew Protosenias was published, talking about an exemplary family. The same person disputed that the 55-year-old could commit such a crime and end his life.

The same platform also contains a curious piece of information (as described by its author), which states that part of Protosenias's assets are registered in a company which is registered with the registrar of Companies of Cyprus. This is the company VILADEX FINANCE LIMITED.

On the same platform it is recorded that on April 13, about a week before the tragedy, it was found that “a request was registered to the registrar of Cyprus Companies for the separation of the company's shares”.

“P”, investigating the most above information, found that in fact the company, in the interests of the 55-year-old, there is a relevant request on April 13 regarding the “Shareholder Certificate” (service number “4”).

Moreover, yesterday's investigation of “P” in the company's file shows that the only shareholders of Viladex were Protosenia and his wife, who also had the largest control of this business entity. The 55-year-old owned 325 of the 1,300 shares, while the rest were in the name of his 53-year-old wife, Natalia Protosenia.

It also appears that Viladex took other actions on March 8 last year. He allegedly transferred rights to the company's assets to the Swiss bank Union Bancaire Privée. Specifically, in the details for & # 8217; This action, it is noted that was made “Postponement and pledge of assets and assignment of rights”.

Protosenia was the executive director of the giant in the field of energy Novatek (natural gas). The company said in a statement that it expressed its sorrow and sympathy for those directly affected by the tragedy, adding: company “. He adds that “unfortunately, speculations have been made in the media about & # 8217; this issue, but we are convinced that they are less than relevant to reality. ” Russian officials in the gas sector “.

The statements made by his son Sergei Protosenia in the British newspaper “Daily Mail” are widely covered through various media. The 22-year-old student said: “My father is not a murderer. He loved my mother and especially my sister Maria. She was his princess. He could never do anything to harm them. “I do not know what happened that night, but I know my father would not have hurt them.” Josep Milan, Chief of Police for the province of Girona, provided information on the case. Speaking about what 22-year-old Fedor said, he said: “The investigations focus on a person who committed suicide and two other people who were found dead on real estate, and that is what we are investigating. “Everything shows that it is a crime of domestic violence, double murder and consequent homicide.” Josep Milan, commenting on allegations that the Russian mafia may be involved in the tragedy, spoke of “speculation”. Fedor said he had stayed at the family home in Bordeaux, France, while his parents and sister had traveled to Catalonia to spend the Easter holidays there.