Tsiflikas the state with 52,000 properties 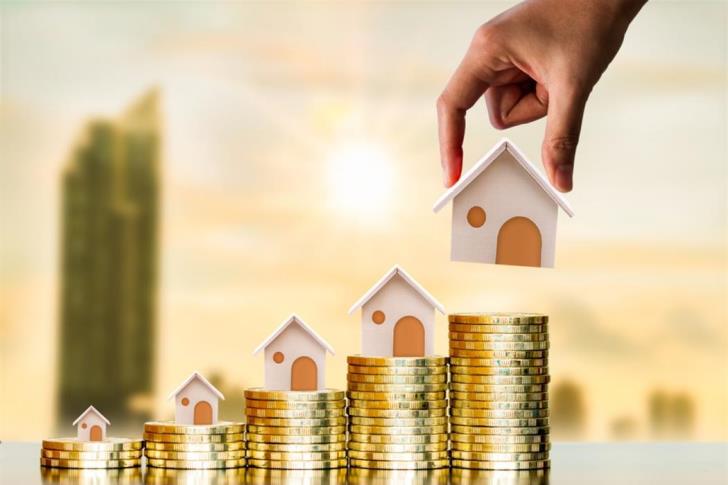 The numbers concerning the values of the transactions managed by the Land Registry cause dizziness if we take into account that the Department handles real estate sales cases every year, which range between 3-4 billion euros.

According to the Deputy Director of the Department Dr. Eliko Elias, there is a large number of visits to the Electronic Land Registry Platform (DLS Portal) which operated in 2018 and in which “Map navigation” exceeds 1.5 million per year. He noted that since the beginning of the pandemic, all e-Services of “DLS PORTAL” are submitted only electronically by the public and relate to all applications for Certificates of Inquiry, Copies of Titles and Mortgage Eliminations (which in their entirety constitute a huge number of applications) saving huge time by handwriting procedures at the District Offices.

SEE ALSO: They buy a building but will rent the land

Among the obligations of the Department are the real estate appraisals and in this context, in 2013 (at the request of the Troika) 1.1 million plots of land and 600,000 units of buildings, apartments and shops located in the areas controlled by the Republic were estimated.

In the same context, the Land Registry estimated the value of 52,000 plots of state land, with a total value of € 13.5 billion. Sector.

The Deputy Director also stated that the Department has a total of 250 business processes and in this context, approximately 55,000 applications are processed annually (transfers, mortgages, etc.) in a period of up to ten days. At the same time, another 35,000 cadastral cases are being processed, which usually require outdoor surveying and, as a result, their completion time is longer. Regarding the expropriations and other legally complex cadastral procedures, Mr. Elikkos acknowledges that in fact these are time consuming.

Regarding the issuance of title deeds and the problem that was observed for a long time due to the fact that land development entrepreneurs did not issue titles to buyers, after 2009 and after an investigation, the Department found that no actions had been taken for issuance of title deeds, which were 120,000 units, which corresponded to about 8,000 developments. Following efforts made by the Land Registry, as well as the relevant amendments to the legislation, which occurred in 2011 and 2013, about 65,000 titles were pending, corresponding to approximately 3,500 developments. From 2013 until today, the Department of Land Registry, in the context of its efforts for the issuance of property titles, which concern developments for which there is no interest from land development entrepreneurs, has managed to capture 90% of the developments, which is pending release and has limited the issue to approximately 19,100 titles, which corresponds to approximately 1,000 developments.

According to the Department, within the framework of the Recovery and Durability plan, the issuance of 16,000 property titles has been set as the highest priority, which are examined in accordance with the current procedure of forced modernization.

The Cadastral Department has made several changes in terms of legislation. Specifically, a reduction of transfer fees has been implemented since 2014, abolition of transfer fees for transfers of occupied properties from 2015 and modernization of the legislation for the sale of mortgaged properties by mortgage lenders since 2014. Also in force since 2015, law N13 (Ι) / 2015 concerning the process of issuing property titles to trapped buyers, as well as the process of incomplete transfer due to restructuring, from 2015.

From November 2019, the same-day issuance of property titles has been implemented with great success, in cases of transfer by donation, sale or exchange, as well as the electronic elimination of mortgages from February 2020. Regarding the Law on Compulsory Expropriation (N15 / 62) , the Department has prepared several amendments in order to better manage the expropriations and to speed up the payments, which are before the Legal Service of the Republic, for legal inspection. A draft amendment to the 1983 Housing Act was also prepared and sent to the relevant Ministry for promotion. Finally, the Department prepared a draft for amendment of the Law on Cadastral and Surveying Department (fees and rights) (Chapter 219), so that the calculation of transfer fees, during the transfer of real estate, is based on the current general value of real estate and not the market value.

Regarding the geometric works which were considered the Achilles heel of the Land Registry, due to the many applications that were submitted and pending but also the works that needed to be performed on the spot, combined with the lack of staff, the situation improved with the assignment of much work private surveyors, who are responsible for about 60% of cases. Other tasks such as recording and estimating the value of all school buildings are assigned to private surveyors. Private surveyors are also assigned a role in the general assessment of real estate.

Regarding the time-consuming procedures that were followed in the processing of some cases and for which there was criticism, Mr. Elikkos states that since 2017, their simplification has been promoted by reducing the number of required processing stages, in the simplification of the forms filled in by Utilization of technological advances for more efficient handling of cases and reduction of the number of on-site visits. The latest examples of simplification of procedures include the process of resolving border disputes, as well as the process of transfer and issuance of title deeds on the same day, which was implemented in December 2019.

One of the achievements that the Land Registry considers that it has been doing since 2019, concerns the same day issuance of property titles, in cases of transfer by donation, sale or exchange. It also considers the electronic elimination of mortgages from February 2020 important.

In the important work it performs, the Land Registry includes the general assessment of all properties every three years and the high-resolution aerial photography every five years.