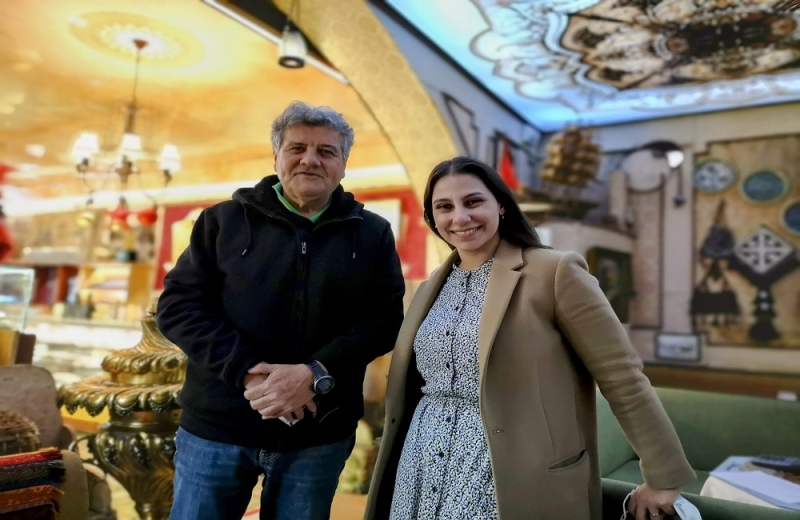 A human incident that happened to him, starring a Turkish girl, Zeynep Kemer, was described through his Facebook account by the former trade unionist of PEO, Andreas Pavlikkas.

Specifically, as he states in his post, about a month ago when he had gone to Famagusta, he lost his wallet. He added that he had fallen somewhere, without realizing it. Over time and while the specific event had been erased from his memory, Mr. Pavlikkas received a message in Messenger, from a Turkish Cypriot, telling him that he had found his wallet with the money he had inside (550 euros) and notified to pass to get it.

The meeting of the two took place today in Famagusta, in the patisserie which is owned by the girl in question. There, after they met, Mr. Pavlikkas received his wallet again and thanked Zeynep, expressing his appreciation for her action.

Source: politis.com.cy
Share
Facebook
Twitter
Pinterest
WhatsApp
Linkedin
Telegram
Previous article
Tension again in the Education Committee due to Themistocleous – Implicit for residents of Kato Pyrgos and a Parliament like a cafe
Next article
The first team of Dol after 2.5 years and APOEL!
- Advertisement -