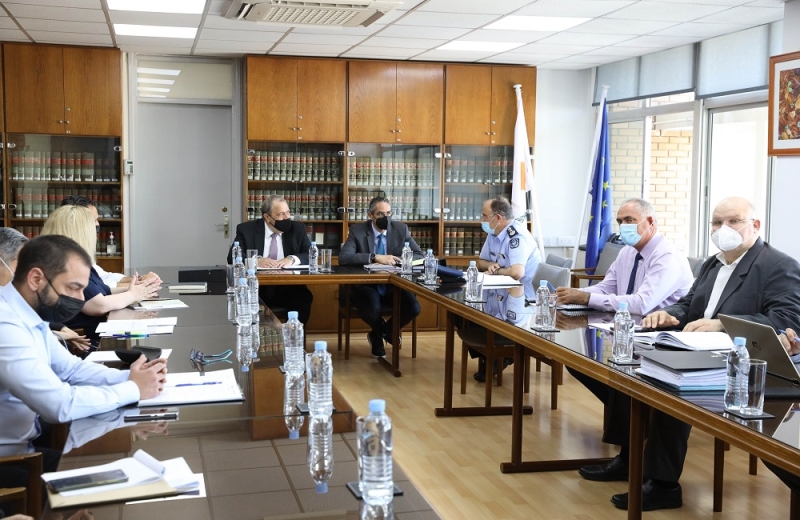 The dossier of two major cases involving irregular naturalizations of foreign investors is expected to be forwarded by the Police in May, with the ultimate goal of getting to court.

This emerges, according to secure information of “P”, from yesterday's 4-hour meeting at the Legal Service. It was attended by the Attorney General George Savvidis, the Assistant Attorney General Savvas Angelidis, the Chief of Police Stelios Papatheodorou, the Director of the TAE Police Headquarters Iakovos Ioannou, lawyers of the Criminal Department of the Police and the Law Enforcement Service.

The same information states that, based on what was discussed at the meeting, the police investigations into these two cases have progressed satisfactorily and their file will soon be completed and forwarded to the Attorney General. Therefore, before the summer, the Legal Service will give instructions for the registration of these cases in court.

Given the fact that the Legal Service and the Police have been in constant consultation throughout this period of consideration of the criminal prosecution for naturalization, it is clear that once the investigators complete the files and forward them to the Attorney General, it will not be necessary. long time for further.

It is recalled, moreover, that the Attorney General George Savvidis, in his recent statements (03/04), had given the position that the cooperation with the police investigators in the investigation of the cases of exceptional naturalization is close, to take the right steps. At the beginning of the month, he had characteristically stated: “We, as a Legal Service, are interested in a proper investigation, with the right procedural steps, so that we can have any case brought to court properly substantiated, so that it has as many chances as possible. success in court. “

In yesterday's four-hour meeting, reference was also made to the case of the law firm “Andreas Dimitriadis & amp; Sia DEPE “, but also the one concerning the former Speaker of Parliament Dimitris Syllouris (see Al Jazeera revelations).

It is not clear whether these are between the two cases that will soon take the road of justice.

As far as the law firm is concerned, the police investigations were conducted in the midst of court proceedings. We remind you that the office “Andreas Dimitriadis & amp; Sia DEPE “had used legal remedies against the investigations of the Police. It is indicative that until the beginning of March there were relevant judicial developments. On 10/03, the Supreme Court had rejected a request for the cancellation of the search warrant at the offices of the law firm secured by the Police (29/07/2021), last summer. It should be noted that the Police investigations in this case were based on the conclusion of the three-member committee, which was set up by the Council of Ministers in November 2019, in order to check the number of naturalization cases, but also to determine whether they met the applicable rules and criteria.

Note that this law firm had handled 272 naturalizations.

In general, the cases put under the microscope by the Police have to do with providers and intermediaries, who allegedly illegally obtained Cypriot citizenship from foreign investors.

Last autumn, a competent police source told “P” that until September 2021, the Crime Detection Department of the Police Headquarters had under its microscope about 100 cases.

In fact, due to the large volume, we were told that four investigative teams had been set up, which were supervised by an experienced officer, in order to ensure the high level of the investigative work. Last June, 10 police officers were transferred to the TAE Headquarters in order to take on tasks related to the investigation of naturalization cases. They were three non-commissioned officers and seven police officers.

Away from the lights…

However, yesterday's meeting was held away from prying eyes. It is obvious that on the part of the Attorney General there was no intention for public statements. The Legal Service had informed the media the day before yesterday that no statements would be made to the journalists, but only TV crews and photographers would be given time to take pictures of the meeting.

, while specific timetables were set “for the completion of the investigative work”, by the heads of the Legal Service.

It is added that during the meeting, a fruitful exchange of views took place, during which the necessary legal directions to the Police investigators, in relation to the pending cases, and at the same time, schedules were set for the completion of the investigations and the submission of complete police files to the Legal Service for final evaluation “.