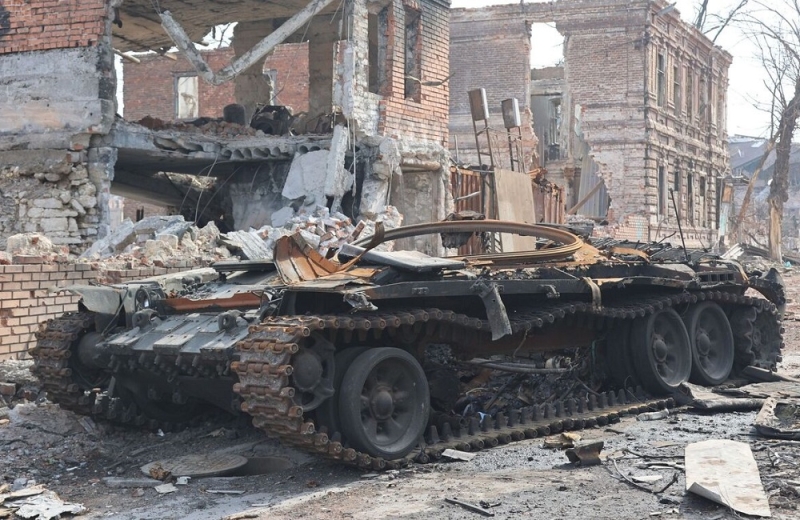 But no more buses arrived in Mariupol on Thursday, and more than 200 people waited in vain all day to leave. At the same time, the Ukrainian Foreign Ministry made an anxious appeal for the establishment of a humanitarian corridor for the evacuation of Azovstal civilians.

On the vast expanses of Azvostal is written The end of the long siege of Mariupol, with an uncertain ending for the remaining Ukrainian forces and the civilian population who had sought in the tunnels of the industry a safe haven from the incessant Russian bombing.

The last The Kremlin was quick to announce the “liberation” of Mariupol live on Thursday with the Russian Defense Minister, Sergei Shoigu , to hand over a relevant report to Vladimir Putin and the latter to talk about a successful outcome.

It was a seemingly orchestrated meeting, precisely to combine “success” with retreat Azovstal raid plans.

An attempt to declare a “victory” in Mariupol without a military raid on the vast area of ​​the steel industry covering 11 square kilometers, and includes a 24 km long underground tunnel network , which in the past has allowed Ukrainian fighters to move freely to repel Russian attacks. 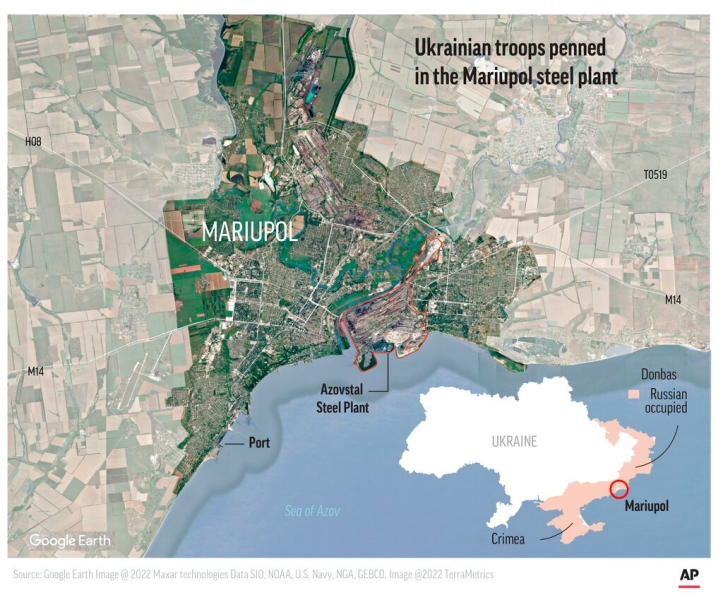 “The steel industry covers a huge area, and Ukrainians can move through the tunnels to quickly change location. The attack on Azovstal is extremely difficult and the Russians would risk losing many troops. “It's a city within a city, and the fighting there could take months,” said Ukrainian military analyst Olekh Zvandov. Vladimir Putin acknowledged in part that the plan to attack the steel industry was “impractical” and ordered a siege to the point where “no fly could pass” – with all that that entails. for the fate of trapped civilians.

“This is a case in which we have to think about the lives and health of our soldiers and officers. “There is no reason to go into these catacombs and crawl underground in these industrial facilities,” said the Russian president.

that it is only a matter of time before the steel industry is attacked to “clean up” the last pocket of resistance.

The tunnels and nuclear refuges at the huge Azovstal steel plant provide cover for Ukrainian demon-possessed forces, many members of the far-right Azov Battalion, and about 400 foreign volunteers, including Europeans and Canadians, as well. what Russia says.

The battle in the last enclave of Ukrainian resistance in Mariupol could last a long time. Military analyst Justin Crump of the security consulting firm Sibylline has estimated that the Ukrainian forces can withstand for quite a long time with guerrilla warfare tactics and using underground tunnels and tunnels. 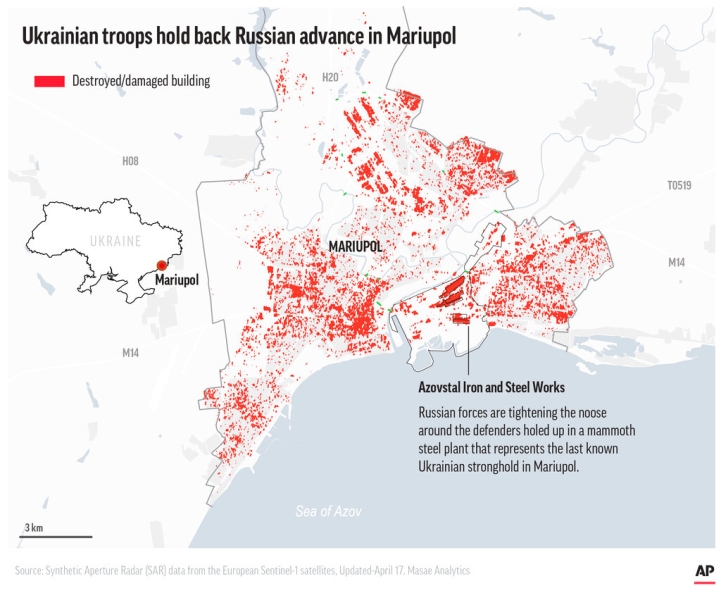 “I guess if they are not exterminated they will be there for a long time. The soldiers there do not want to be captured, and I do not think they will surrender. And Russia does not want to go in there and & # 8216; clean up & # 8217; meter by meter, underground, that's horrible, “he says.

Vladimir Putin is now seeking the surrender of the Ukrainians to Azovstal after ammunition or food is depleted, and while the industrial zone is under constant bombardment. The fighters, who are fortified in the factory, approximately 2,000, have said that they will fight to the end, rejecting so far the Russian ultimatums to lay down their arms. 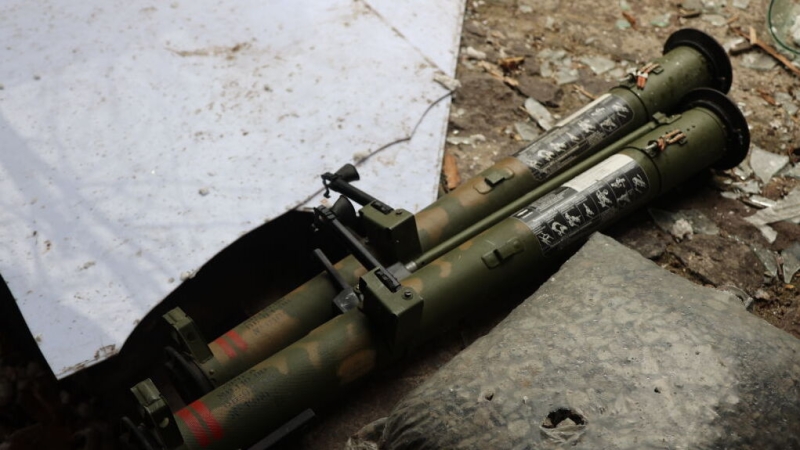 “Russia has decided to shut down the steel plant because it can not take it by force. Our forces are enduring. “The Russians have suffered huge losses there,” said Alexei Arestovich, Advisor to the President of Ukraine, Volodymyr Zelensky. He also pointed out that Putin's decision is explained by the fact that some Russian forces moved from Mariupol to the north to strengthen the forces fighting for full control of the Donetsk and Luhansk regions.

The Mariupol “fall” is a huge strategic, as well as symbolic, trophy “that Vladimir Putin seeks to show after retreating from Kyiv. The first major “victory” in almost two months of war, and while its war machines have launched the land attack aimed at occupying the whole of Donbass.

The complete occupation of the largest port in the Azov Sea will allow construction of a land bridge connecting the self-proclaimed “people's democracies” of Donetsk and Luhansk with the Crimean peninsula , which Russia annexed in 2014 to follow the eight-year conflict between the Ukrainian army and pro-Russian separatists in Donbas.

Following the statements of Sergei Shoigu about the “liberation” of Mariupol, the Ukrainian president, Volodymyr Zelensky acknowledged that Russian forces were in control of most of Mariupol, but that Azvostal 's pocket of resistance was still alive.

of civilians from Mariupol, which according to & # 8217; has virtually ceased to exist after seven weeks of relentless bombing. As for the civilians in Azovstal, according to Zelensky, up to 1,000 citizens, “mostly women, children and the elderly” may be hiding in the underground tunnels of the steel industry.

According to the municipal authorities, Mariupol counts more than 21,000 dead since the start of the Russian invasion on February 24. “barbaric war crimes” who collected the bodies of civilians from the streets of Mariupol and transported them to the neighboring village of Manhous, where they were buried en masse.

Satellite images published by Maxar Technologies show a mass grave that has expanded in recent weeks. The U.S. company says a review of photos from mid-March to mid-April shows that the expansion began between March 23rd and 26th. The site is located next to an existing cemetery in the village of Manhous, 20 kilometers west of Mariupol, according to Maxar.

According to the local municipal authority, three to nine thousand civilians strong> may have been buried there. 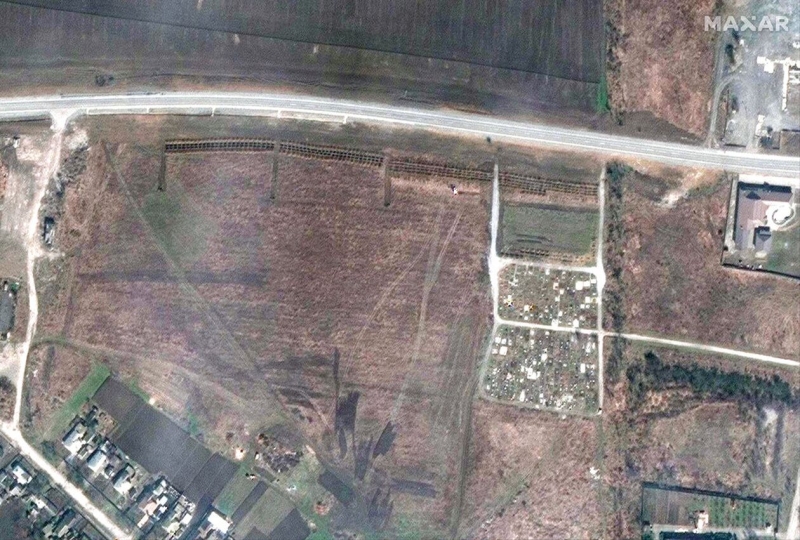 “In the village of Manhous, the invaders may have buried between 3,000 and 9,000 inhabitants of Mariupol. This is supported by the comparison with satellite photos of a mass grave in Boutsa, where 70 bodies were found. In April 9 photos by [US private company] Maxar, the mass burial site in Manchus is 20 times larger. The conquerors dug continuously and buried corpses in the following days. “Our sources report that in such graves the bodies are lying on different levels [layers]”, the Mariupol municipal council states in the Telegram.