Unions: We warn 3 years – The world is not stupid says Pileidou 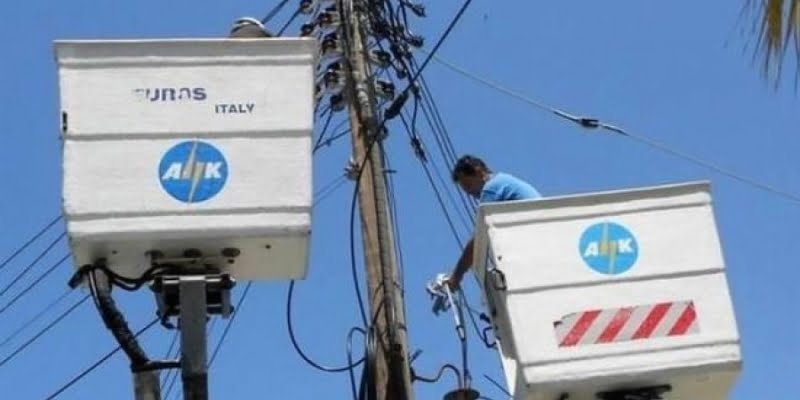 The unions will go on strike measures from next Wednesday following a decision of the EAC workers' unions. Mesimeri and Kati hosted the President of EPOPAI, Kyriakos Tafounas, who spoke about their demands. The Minister of Energy was also hosted on the show, who responded to the unions

He initially mentioned that for three years we have been highlighting the same issues and they have mobilized them with our letters to the Ministry and the Directorate of the Authority. "They concern the correct staffing of the organization to be able to meet its obligations, EAC's access to renewable energy sources to reduce the cost of energy, but also for the future of the Dekelia Power Plant". He added that for three years they have been warning that the units are necessary but they contribute to profiteering as they are costly units. By today they should be replaced.

Mr. Tafounas emphasized that these are not simple requests but also the positions of the Electricity Authority. "We proceeded with very mild measures. A long enough time has passed for everyone to be active so that there are solutions. Call the staff to work properly on the maintenance constructions so that the proper supervision is not affected.

He also said that the issue of adequacy concerns CERA. "If there will be cuts in various areas, it concerns the transmission system manager".
He added that the Ministry of Energy decided that the Electricity Authority does not need so many people to operate. "He referred us to buy services from the private sector with non-existent contractors. They set conditions that in order to move on to renewable sources, it must free up Dekelia's potential. Finally, he said that they gave until next Wednesday for those involved to activate.

The Minister of Energy, Natasa Pileidou, was also hosted on the show, who mentioned that the guilds are focusing on issues that have been resolved. "They accuse the Ministry when in a non-election period they have not done anything".

He added that they are referring to some conclusions that were never put on the table in order to mislead the people. "If it is ever possible to burn oil forever and there is no reduction in conventional production".

He stated that it is offensive to the private sector as there are assurances from ETEK and also from competent bodies that there is specialization. "We have suggested to them ways in which the private sector could further contribute to decongest the delays caused in the installation of photovoltaics".

He also said that the unions asked for 370 jobs in the supplementary budget of 2022. "It is strategic planning to come 2 months before the elections and ask for 370 jobs which is 20% of the human resources of the EAC" asked the Minister. He emphasized that they made efforts for consultation with the aim of approving 146 positions.

Continuing, he said that the issue of Decelia has arisen because the guilds realized that it is a way of putting pressure on the Government. "We have so far made a presentation on  Brussels for the operation of the unit in Decelia. The EU has expressed its readiness to give us a derogation  for the use of the units».

He clarified that the world is not stupid and understands what the guilds are trying to do. "We will try to avoid power outages. "We are talking to the Administrative Council of EAC, CERA and the office of the President of the Republic to resolve the issue".