Uproar and reactions with a theatrical performance by THOK for children 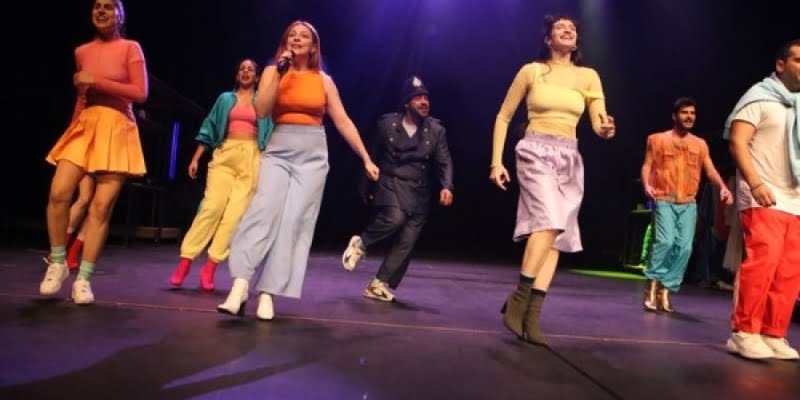 Strong reactions were caused by the removal of a line from the production of Stage 018 “Around the world in 80 days”. of THOK following the suggestion of the Committee for Approval of Shows of the Ministry of Education, Sports and Youth.

It is noted that the Committee for Approval of Shows of the Ministry of Education made the decision to see the show again after a protest from a student's mother on radio station of Greece, which spoke of "harmful for children" homosexual references.

It is about the saying: «Can a boy love another boy and a girl another girl?».

The Union of Cypriot Actors made a statement on the matter, in which it states: "A few days ago an audio video titled "DEAF ​​PARENTS WITH A CHILDREN'S PERFORMANCE IN CYPRUS WITH HOMOSEXUAL REFERENCES" was released.

The children's performance , which is mentioned in the audio, is "Around the World in 80 Days" of THOK, directed by Marios Kakoullis and the line that sparked the reactions: "Can a boy love another boy and a girl love another girl?".

In the deeply conservative and patriarchal society of Cyprus, hate speech, homophobia and transphobia are not unknown phenomena.

We know very well that in the school environment, children are targeted and become the object of ridicule and bullying by their classmates. them, because of their (alleged) sexual identity and/or gender identity expression and/or because of characteristics that refer to the "opposite" of them gender according to gender stereotypes.

The audio in itself is proof of how compelling the need to include sex education in schools is. But this is a big issue that does not touch our own responsibilities.

We can talk about our Art.

Therefore, theater is an integral part of society. It evolves it and evolves with it, shapes it and is shaped with it. Children's theater, among other things, must and must cultivate the mental world of children, enrich their imagination, strengthen their critical thinking, bring them into contact with their emotions, and be a tool for self-understanding them and the world around them. The world of theater is a world of acceptance, love, respect, diversity and inclusion.

We regret to learn that in the past few days, in the performances given on weekdays for school students, this line has been removed.< /p>

We were informed that the audio in question, in combination with other, similar type of complaints, led the Evaluation Committee of the Ministry of Foreign Affairs to re-evaluate the performance for which it had already given approval and finally to censor it.

So the following questions arise. :

-By what criteria are performances for children evaluated by the Committee in question and how can these be changed due to reactions with homophobic and/or transphobic and/or racist content which in fact constitute a criminal offense in this case?< /p>

-What is the position of THOK in relation to the Commission's decision, in terms of safeguarding the performance and the artistic result, but also the responsibility it has as a State Theater towards society and especially to the children-spectators?

-What is the position of the Minister of Education Ministry of Education, Sports and Youth and the Deputy Minister of Culture Cultural Services – Deputy Ministry of Culture in relation to censorship and the Commission? Let us remind you that it is the same Committee that last year decided that the show STILL – which this year is traveling to important children's festivals abroad – is unsuitable for children of A, B, C and D primary school due to the "absence of spoken word". The decision was reviewed and finally revised after the reaction of people from the field of Culture.

We declare that we are and will always be against any form of censorship in art.

Against any form of violence and hatred.

Against all forms of bullying and silencing of diversity.

Children are the viewers of the future.

Children are the future itself.

Let us think about what we want this future to be!».

Accept – LGBTI Cyprus also posted on the topic, stating that "a group of talented THOC collaborators bring the adventure to life by Phileas Fogg, in a children's play, as a journey to get to know multiculturalism, diversity and the beauty of the world.

But this trip was censored after reactions from a small portion of parents who heard the saying “can a boy love a boy and a girl love a girl”, but also because male actors were dressed as women (a practice that has existed since ancient times).

But what saddens us the most is the attitude of the entertainment committee of the Ministry of Interior, which demanded that the above sentence be withdrawn immediately.

As we have been informed, the play continues to be shown without the saying of inclusive love.

Unfortunately, censorship made us invisible again. The Ministry of Education, Sports and Youth, also disappeared us from the children's theater, because a small portion of parents reacted to hearing the love for every person regardless of gender! Practices made by Middle East countries in cinema films.

Our organization is in constant communication with the actors of the project and in cooperation with the Actors Union Cyprus and the Theater Artists PEO, with the aim of fighting for the elimination of silencing and censorship.

We simply want to thank the contributors of the project who decided to take us on a journey to worlds of inclusion and love for everyone! In fact, those who watched the show have the best things to say!

Our dears… Fear not! Continue your beautiful journey and we are by your side in your effort to spread the visibility, love and respect that every marginalized group deserves!».

Assitej Cyprus took its position on the matter that arose, noting that after a series of unfortunate Commission recommendations in recent years concerning the suitability or otherwise of theater producers for children,  carried out research with the help of national Assitej centers in other countries, in relation to the procedure followed for the viewing of children's performances by schools.

"Based on our research, no other European country has a similar committee. On the contrary, the management of each school and the teachers who deal with the theater are responsible for the performances that will be selected for attendance by their students during the school year. In most countries material from the theaters for the play and/or text is sent to schools and the school can send teachers to watch it to choose whether or not to watch it for the students.

According to the Center, the existence of such a committee, which is not made up of experts on theater in education and attempts to censor topics or phrases or even words that in its opinion are disturbing, “is not based on any logic, it degrades of theater artists (as long as they are judged by non-experts) and in no way ensures that children will be protected from 'inappropriate' spectacle».

Based on the above, Assitej Cyprus recommends the abolition of the committee in question or, if it continues to exist, at least the change in its composition so that it consists of professionals in the field of theater for children and young people with proven training. "There will definitely be a place for a teacher specializing in a field related to theater. The judgment should be made with specific criteria, announced, transparently and made in writing, with the relevant justification, so that there are specific responsibilities in the case of attempted censorship, unjustified protectionism or changes that are not related to the cognitive or emotional level of the children but the ignorance of the great».

Working together with the actors' guilds, the Center emphasizes that "love, therefore, cannot be censored" and further points out that  every child should have access to the theater so that they can cultivate their critical thinking, their creativity, their imagination and also get to know the wonderful world of the theater and all the arts that it encompasses in a healthy way. "Watching shows certainly can and should raise questions in children and that is exactly where the adult parent or teacher who accompanies them, has the opportunity to discuss issues with their child and educate them properly".

However, according to the Phileleftheros newspaper, it states that the removal of the expletive applies only to the version of the production intended for the organized student performances on weekdays and not for the version presented every Sunday morning for the general public. This is because organized performances require the approval of the committee, which the second time it saw the production revised its own decision and indicated to the organization that if it is not removed, it will not allow student performances to take place. THOK decided to comply despite the fact that this intervention did not have the approval of the director, Marios Kakoullis, but also of the actors.

Also read: Dead deer at Limassol Zoo: "Rudolph will not do Christmas»