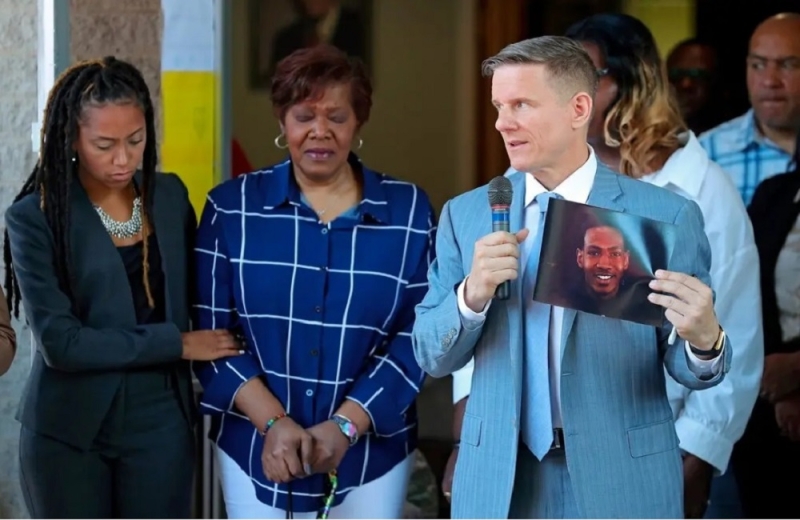 Jayland Walker, 25, was pursued by officers when he attempted to flee a traffic stop last week.

At a news conference, police in Akron, Ohio, showed several videos, one of which he says shows a gunshot coming from the car the 25-year-old was driving.

After a chase of several minutes, Walker jumped out of his car and fled on foot. Officers say he appeared to turn toward those who were pursuing him at the time. A gun was later found in his car.

The Walker family's attorney, Bobby DiCello, told reporters he was “very concerned” by the police allegation that Walker fired at them from his car. He also stressed that there is no justification for the violent death of the 25-year-old. “They want to turn him into a masked, armed monster. And I ask you, as he runs away, what is the logic? Shoot him and kill him? No, that doesn't make sense.”

DiCello called on citizens to peacefully protest Walker's death, stressing that the family's wish is for there to be no violent incidents.

It's not clear how many bullets struck Walker, but body-worn body camera footage shows them shooting him dozens of times. The medical examiner is still trying to determine how many of the 60 wounds were from “entry” bullets and how many were “exit,” according to Police Chief Stephen Mylett. According to Maillett, officers tried to administer first aid to Walker after he was shot, but he was already dead.

The eight officers have been placed on paid administrative leave. They claim they thought he was going to shoot them when he got out of his car and reacted as a possible threat.