VIDEO: Winter is coming for good – The first snow has fallen in Troodos 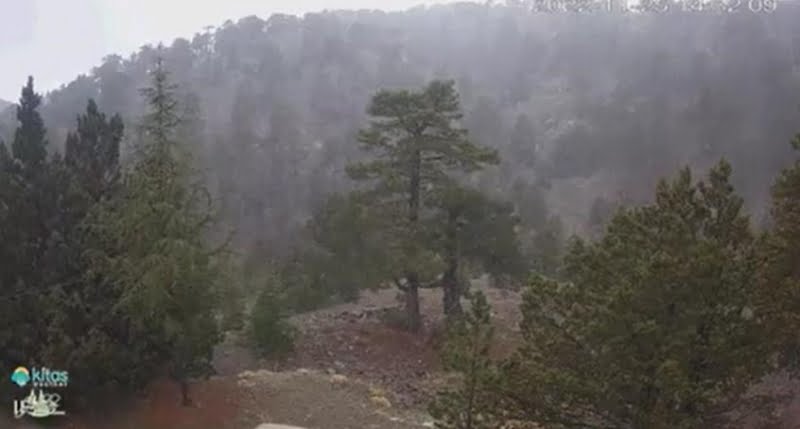 For good it seems that winter is coming, as the first snow for this year made its appearance in the Troodos in the early afternoon.

According to the image transmitted by Kitas Weather, the snow alternates with snow and rain, while the temperature hovers around 1 degree Celsius.

According to the National Weather Service, tonight will be partly cloudy with isolated showers or thunderstorms. Winds will be west to northwest, moderate and locally to strong, 4 to 5 Beaufort. The sea will be a little rough to rough while on the western and northern coasts it will be rough and temporarily to wavy. The temperature will drop to around 10 degrees in the interior, around 14 on the coasts and around 5 degrees in the higher mountains.

Tomorrow there will be temporarily increased clouds which may not exclude isolated light rain. Winds will be northwest, light to moderate, 3 to 4 Beaufort and west, moderate to strong, 4 to 5 Beaufort. The sea will be a little rough and on the western coast up to rough. The temperature will rise to around 21 degrees in the interior, around 22 on the coasts and around 10 degrees in the higher mountains.

Tomorrow evening there will be temporarily increased clouds. The winds will blow northwest to northeast, weak, 3 Beaufort and the sea will be calm to a little rough.

On Sunday and Monday the weather will be mostly cloudy with medium and high clouds while on Tuesday local showers and isolated storms.

The temperature will not change appreciably during the three days to be close to the climatological average values.