VIDEO: Winter is coming for good, Troodos is dressed in white

Winter has arrived for good, as the first snow for this year made its appearance in Troodos, in the early hours of Monday morning. 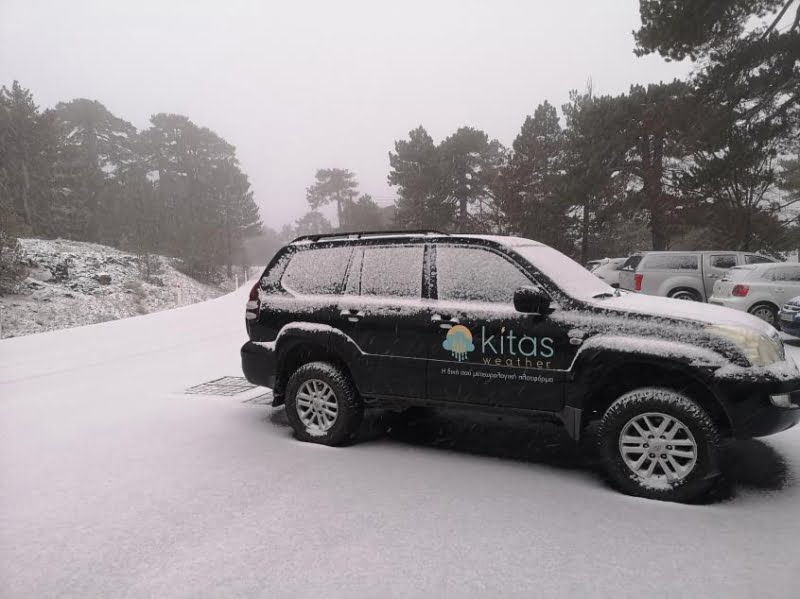 Weak low pressure affects the area. Today initially there will be temporarily increased cloudiness which is expected to give isolated rains in the north and mountains. In the higher mountains, snow or sleet will fall. In the afternoon, the weather will become mostly sunny. Winds will be mainly north moderate and locally strong 5 Beaufort. The sea will be slightly rough to rough. The temperature will rise to around 18 degrees inland and on the coasts and around 7 degrees in the higher mountains.

Tonight the weather will be mainly clear. Winds will be mainly northwest to northeast, light to moderate, 3 to 4 Beaufort and locally in the eastern half to strong, 4 to 5 Beaufort. The sea will be slightly rough to rough. The temperature will drop to around 6 degrees in the interior, around 13 degrees on the eastern coast, around 9 on the rest of the coast and around 3 degrees in the higher mountains, where locally frost is likely to form.

On Tuesday, the weather will be mostly sunny. On Wednesday and Thursday there will be temporarily increased clouds, which on Thursday may give isolated rain.

The temperature is expected to gradually rise slightly until Wednesday and not appreciably change on Thursday, to fluctuate more above average climatological values.

*Video and image from Kitasweather page

Source: www.reporter.com.cy
Share
Facebook
Twitter
Pinterest
WhatsApp
Linkedin
Telegram
Previous article
The two 16-year-olds who were absent from their residence were located
Next article
“Do you know what it means to go back to the streets with the quilt? That's where we broke out”
- Advertisement -