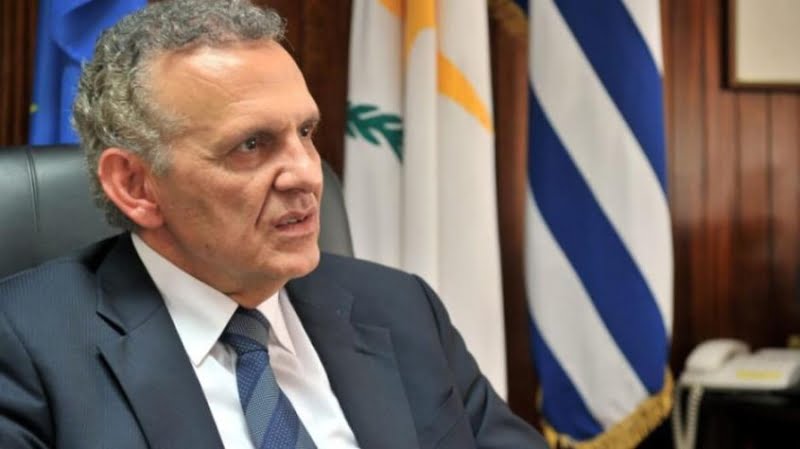 We will not hesitate to sound the alarm to close the missing persons issue, said the Commissioner of the Presidency Fotis Fotiou.

Addressing the General Assembly of the members of the All-Cypriot Organization of Relatives of Undeclared Prisoners and Missing Persons in Nicosia on Saturday, he said that “there can be no progress in efforts to resolve the tragedy of the missing if Turkey does not cooperate on access to the records of the Turkish army, the unfettered access of the IEA to the so-called military zones in the  occupied areas, the indication of mass burial sites and the indication of the sites after the deliberate movements of the bones of our missing persons”.

In his speech he said that once again, we are called to take stock of the efforts to clarify the fate of the missing. 48 years have passed and the reality saddens us very much, he said, because the finding for this great pending case remains one and only that Turkey continues its inhumane tactics of literally playing with the agony and pain of the missing relatives and not responding to the constant appeals of both the relatives and the international community to finally show a human face and to cooperate effectively with humanity and sincerity to solve the problem of the missing persons for the benefit of the trying families.

The responsibilities and obligations of Turkey, he noted, are enormous not only in terms of creating the problem but also in perpetuating it to this day with tactics and obstacles.

Mr. Fotiou also said that in recent years “we are troubled and worried by the dramatic decrease (identification of missing persons)”. “The figures and information listed on the DEA website are indicative of the prevailing situation, he said, noting that “we do not underestimate the work of the DEA. Not even the efforts of our own Representative and the officials of his office. We refer to the problem and point out, underline, the main reason for the impasse that exists and has been tormenting us for 48 years”.

He warned that “we do not hesitate to sound the alarm to close the issue of missing persons. This is what Turkey is aiming for, if it continues the same negative approach”.

“Pity and injustice for all our missing persons. We highlight in our efforts the humanitarian aspect of the problem and our debt especially to the relatives, too many of whom leave life with unanswered questions about the fate of their loved ones.  While for Turkey what is important is the concealment of its responsibilities for its brutality and crimes”, he noted.

He pointed out that Turkey should especially understand that in no case is it exempted from its responsibilities while assuring that despite the difficulties and adversities, despite the denial of the occupying power and its inhuman contempt for the principles and values ​​of civilized humanity, ” we are not complacent nor will we give in to the tactics and strategies of the occupying power to close the problem. The President of the Republic and all of us set as a priority during our contacts the resolution of the humanitarian aspect of the tragedy of the missing persons”.

Our unchanging goal, he added, is the redemption of our betrayed and wronged people.

Source: www.reporter.com.cy
Share
Facebook
Twitter
Pinterest
WhatsApp
Linkedin
Telegram
Previous article
Parents' protest for the suspension of the Polemio, Panagia – Paphos route after vandalism
Next article
Sadness for the death of Andreas Dimitropoulos-“Pioneer for the protection of turtles”
- Advertisement -