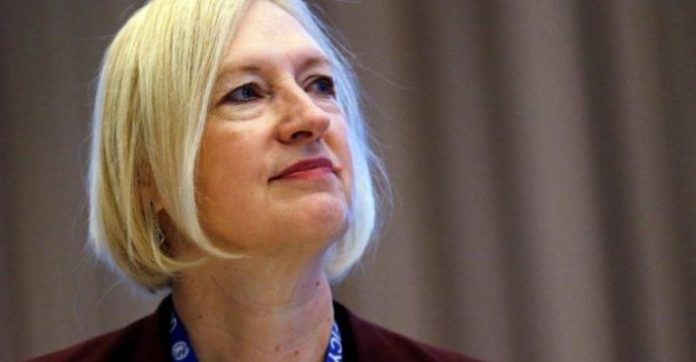 The briefing of the members of the SA lasted a little over 1.5 hours. by the Special Representative of the UN Secretary-General for Cyprus, Elizabeth Spehar, on both the issues of peacekeeping and the deployment of good services, at the forefront of the efforts of Antonio Guterres and his adviser Jane Hall Luth to convene an informal meeting 5+ 1.

According to the first information from diplomatic sources, support was expressed for the Secretary General's efforts to return to the negotiation process and the basis for a solution to the Cyprus problem in a bi-zonal bi-zonal federation was widely supported.

The representative of the UN Secretary General, Stefan Duzarik, answering a question from KYPE, said that Ms. Spehar informed – as is her mandate – the SA. for the latest developments, but he had nothing more to say. Asked if the UN Secretary-General had decided whether to convene the informal 5 + 1 conference in mid-February, the spokesman said he was not in a position to share a date.

Mr. Duzarik was also asked by a journalist on the occasion of a statement by the Secretary General condemning the new Israeli settlements in the occupied territories, if he has something public to say about China and Turkish-occupied northern Cyprus.
Stefan Duzarik said that the Secretary General is very clear in his efforts to find a solution to the current situation in relation to Cyprus.

Note that yesterday it was given by the British to the other permanent members of the SA. the draft resolution on the renewal of UNFICYP, which the Council will be invited to adopt on 28 January.

The five permanent members will begin consultations on the content of the resolution on Wednesday. The British draft reiterates the controversial references on the basis of the solution, while welcoming the intention of the Secretary General to convene the informal meeting of 5 + 1.