With the help of… God, five stars and antiquities (photos) 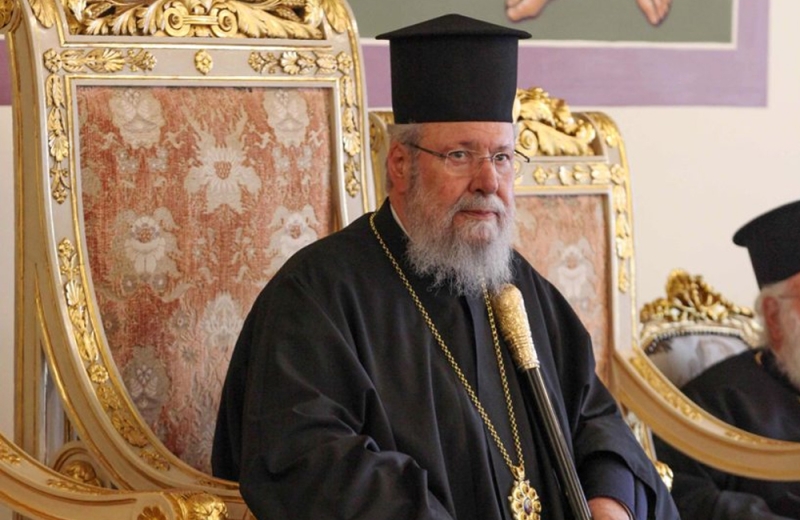 Yesterday, the Environment Department gave the green light for the issuance of a conditional urban planning permit to the Archbishop of Cyprus Chrysostomos II for the purpose of building a five-star hotel. The “Diamond Essence Hotel” will be built on beach lots owned by the Archdiocese in the Municipality of Geroskipou. The cost of the hotel was estimated at €100 million and the duration of the construction works at 2.5 years. The planning permission for the hotel was secured after the Archbishop submitted revised plans, following the demand and insistence of the Department of Antiquities in order to protect the antiquities found on one of the plots – fillets of the Archdiocese. The Department of Antiquities was putting obstacles in the development of the project, which recently caused the angry reaction of Makariotatos, who publicly threatened the director of the Department of Antiquities that he will take the tractor and level everything, meaning the antiquities! In the end, His Beatitude was obliged to comply with the laws of this state realizing that he cannot be above and that the respective rulers will always satisfy his wishes. So, therefore, the Archbishop was forced to submit revised plans for the luxury hotel he will build on the beaches of Geroskipou, making significant changes to the location of the project, as well as the shape of the building in relation to the original design. Development which contributed to the reduction of the area of ​​the disputed development. 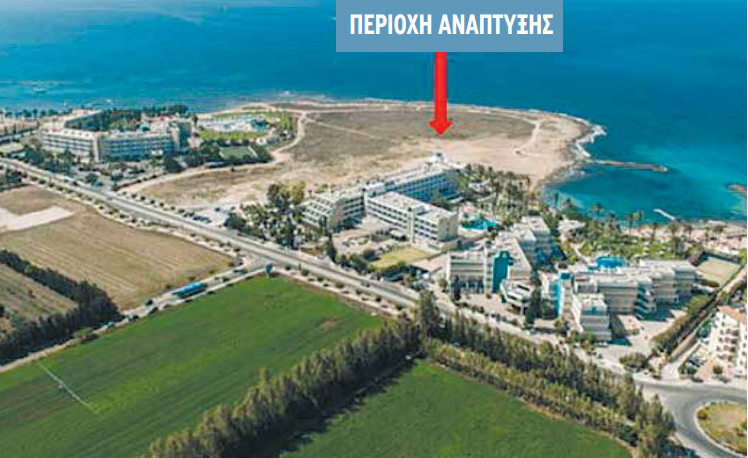 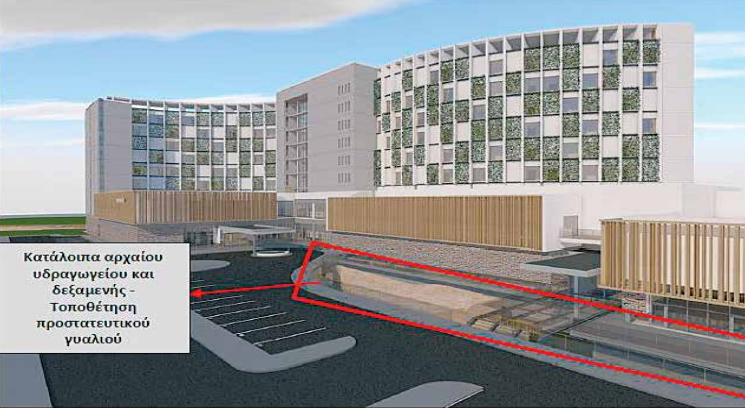 The original design of the hotel envisaged the construction of 14 floors, including ground and basement space. The maximum height of the building was 53 meters. The project had a capacity of 220 rooms/suites and occupied a total built area of ​​27,584 square meters. The revised plans involve the construction of an eight-story hotel unit, 40 meters high, with a capacity of 484 beds, with a ground floor and a roof garden.

In detail, with the new design, the hotel includes:

The location of the project

The new hotel of Makariotatou is located on the beach front of the Municipality of Geroskipou at a distance of 2.5 km south from the residential core of the municipality. Part of the lot falls within the beach protection zone. Within a radius of one kilometer from the proposed project, tourist development can be found both to the west (Pioneer Beach Hotel, Asimina Suites Hotel, Aquamare Beach Hotel & Spa and others) and to the east (Louis Phaethon Beach Hotel). Also, to the north and at a distance of about 600 m is the “Paphos Aphrodite” water park, the municipal swimming pool and the municipal football field.

The plot of the Archdiocese on which the hotel will be built was originally declared a Table “B” Ancient Monument (Ancient Monuments on Private Land) due to the discovery of ancient remains and after the opinion of the Attorney General it has been declassified. And this because the Constitution of the Republic of Cyprus provides that the written consent of the Church is required for the declaration of church property in an ancient monument. In this case, the Archbishop did not give his consent because he wanted to develop the coastal block. Due to the refusal of the Archbishop, the Department of Antiquities was obliged to cancel the administrative act by which it declared the disputed piece of land as an ancient monument, with Makariotatos proceeding with the construction of a luxury hotel which will coexist with the antiquities (see photo).

The excavation work to date has brought to light parts of buildings and facilities from the Hellenistic period, of which the following can be found in the area of ​​the plot in question where the five-star hotel will be built:

Inside under consideration is the church of Agios Nikolaos, which was recently erected.

With the start of construction works for hotel, Makariotatos will also start the construction of two 12-storey residential towers (Amethyst & Aquamarine Residential Towers) with a capacity of 122 apartments. The towers will be built on the adjacent lot that also belongs to the Archdiocese. Initially, the two towers were taller, but following suggestions from the Civil Aviation Department, their height was reduced for safety reasons. For the two towers, a planning permit was issued by way of derogation from the Council of Ministers on 7/12/2017, i.e. the eve of the presidential elections.

Source: politis.com.cy
Share
Facebook
Twitter
Pinterest
WhatsApp
Linkedin
Telegram
Previous article
Criminal prosecution against Themis Adamantidis for the attack on his ex – Trial on Monday (video)
Next article
The Archbishop received planning permission for the five-star hotel – It will be next to the antiquities (photo)
- Advertisement -