YPAM: Serious impact of Ukrainian in EF – Several armament programs are based on the Russian market 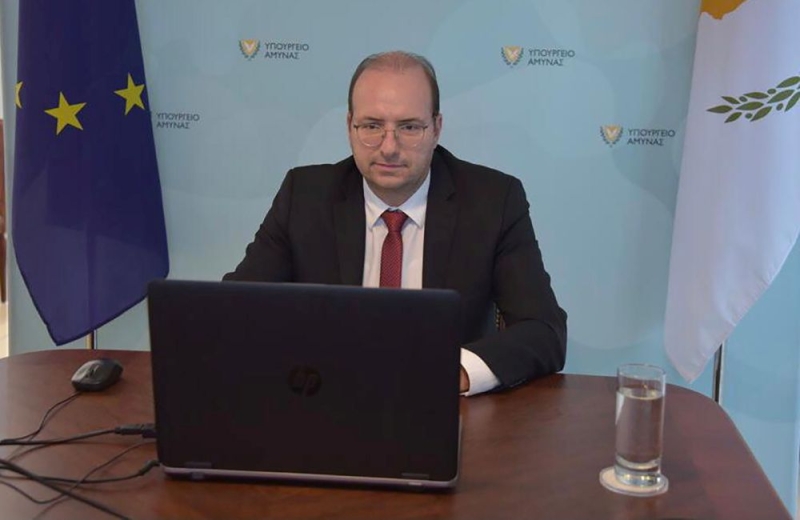 The Russian invasion of Ukraine has a serious impact on the National Guard as well, since several of our armaments programs are based on the Russian market, said on Wednesday the Minister of Defense, Charalambos Petridis, noting that alternatives and all possibilities are being considered.

At the same time, Mr. Petridis stated that & # 8220; have not been affected in any way by our existing armament programs which are in progress & # 8221 ;, noting, however, that & # 8220; due to the crisis and the uncertainty that prevails in this economy. This is likely to happen with all Member States, provided that the financial capabilities of the Member States can change & # 8221 ;.

In his speech, the Minister of Defense said that even before the invasion of Ukraine that the EU was slowly but steadily moving towards defense and military autonomy, noting that & # 8220; with the French Presidency we managed after almost two years of dialogue to close the issue with the Strategic Compass in cooperation with the Ministries of Foreign Affairs & # 8221 ;.

& # 8220; It's a step in the right direction. It was also clear from the analysis of the texts that there were several issues, where there was a clear recording of Turkey as a threat. Of course in the text of the conclusions this reference was made in a special way that on the one hand ensured our side as well as the Greek Government, but on the other hand certainly gave the way out that there would be cooperation in the Eastern Mediterranean region & # 8221 ;, noted the Minister of Defense.

Mr. Petridis also said that the force of rapid intervention can be implemented depending on the developments, & # 8220; because it has mediated the Ukrainian and definitely the prioritization has changed either for the better or for the time being by freezing the issue & # 8221 ;.

But it is clear in which direction each country is heading, he said, noting that the EU is moving in the direction of its defense and military autonomy in conjunction with NATO.

& # 8220; We believe that cooperation is inevitable, but some countries, including Cyprus, always say in all conferences that we are in favor of the EU's strategic autonomy, so that there is no clear overlapping. 8221 ;, said Mr. Petridis.

He said that & # 8220; we applied and apply all the sanctions from the first day. We implemented the closure of ports before the EU, before the directive came, from the first moment, so we were fully in line with the EU decisions & # 8221 ;.

He pointed out that The war in Ukraine has a serious impact on the National Guard as well & # 8220; at what cost because it is also a matter of maintenance costs & # 8221 ;.

& # 8220; We are considering all the possibilities but at the same time our existing armament programs which are in progress have not been affected in any way & # 8221 ;, he stressed.

But of course, he added , & # 8220; and due to the crisis and uncertainty in the economy this is likely to happen with all Member States, as the financial capabilities of the Member States can change & # 8221 ;.

& # 8220; We see clearly that both due to the rapid increase not only in energy prices but also in the supply chain and so on there is this chain of negative impact that we do not know of even if there is still a ceasefire “Sanctions will probably be there for a long time,” he said. the possible solutions and depending on the developments to do & # 8221 ;.