Murder in Latsia: The autopsy was performed on the body of Dorotheos – What did it show 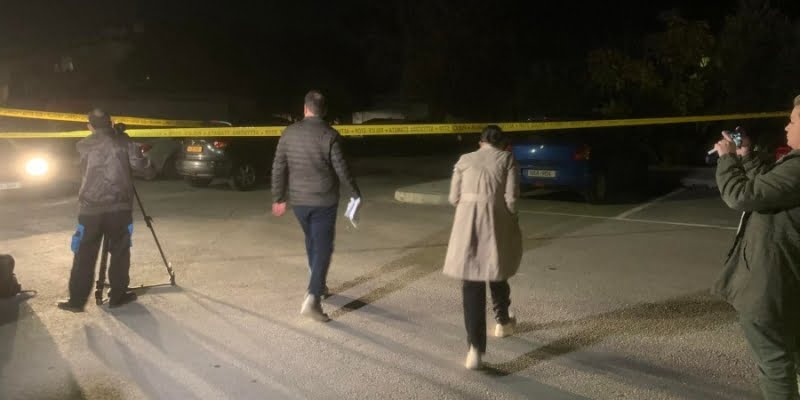 The prescribed autopsy was performed on the body of Dorotheos Dimitriadis, who fell dead after a fight in Latsia, on Wednesday night.

According to the findings of the medical examiners Angelikis Papetta and According to Orthodoxy, the unfortunate 60-year-old died of hemorrhagic shock due to traumatic injuries to his abdomen and other organs.

This is how they killed Dorotheus

It is recalled that, on the morning of January 5th, the 3 arrested for the murder committed on the night of January 4th in Latsia were brought before the District Court of Nicosia. The victim is 60-year-old Dorotheos Dimitriadis who went to help his family friend, who was having an argument with her neighbor in the apartment building where he lives.

According to what the investigator of the case reported before the Court, the fight started between the two women in the afternoon of January 4, when the 31-year-old coming down from her apartment met at the entrance of the apartment building Dorotheos's family friend who was cleaning with another tenant of hers apartment building disturbances created by the children of the 31-year-old and the 35-year-old outside her door. The 31-year-old verbally assaulted her and the other woman called the police.

She then informed Dorotheos who accompanied her to the Latsion police station to report the incident. Late in the afternoon they returned from the police station and Dorotheos told his family friend to go to her apartment while he went to the neighbors house. After knocking on the door, he told them he was from the "vulnerable children department". Within the next few minutes an argument ensued which soon led to a fight.

The Police have before them testimony that wants the 35-year-old to tell one of his minor children (ages 7 and 9) who witnessed the fight, to go to the neighborhood square and “shout those who are in trouble to come for help”. . Closed circuit records the victim lying on the floor of the entrance of the apartment building and 5 people arriving together with the 26-year-old suspect. There Dorotheos was beaten by all 3 suspects  but also from’ the others. The 26-year-old at some point dragged the 60-year-old to the stairs of the apartment building where he hit him again with his hands and feet on the face and stomach.

Dorotheos got up and, accompanied by the other 4 people, went down the stairs. A tenant of the apartment building called the Police who arrived at the scene and their members found the 60-year-old lying on his back, beaten, unconscious. He said to members of the Police “they were beating me”. A short time later and after the ambulance arrived, the victim cooled down. which told them that among those who beat the 60-year-old was also the 26-year-old. He expressed ignorance about who they were and mentioned some first names without being able to say anything else.

The police are looking for 4 other people who were recorded by closed circuit.