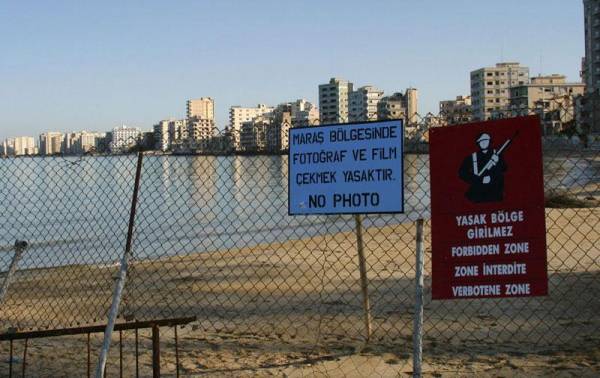 The rumors, the rumors, the whispers for discussions behind closed doors about the possibility of promoting a solution to the Cyprus problem that is characteristic of the division between the two states, are not accidental at all. On the contrary, all the information and data that one can collect and assemble leads effortlessly to this conclusion.

But even among the people, or at least the majority of the people, the belief that the river does not turn back is becoming more and more entrenched. 1974 may be 47 years away, but on earth and other realities the distance is so great that only a miracle could go back. And as is well known in politics, in international and transnational relations miracles do not happen. Everything is based on two axes: The interest and the power of weapons. These determine the developments and these impose the realities.

So it should come as no surprise when we hear that we are talking about either a confederation or a two-state solution in Cyprus. On the contrary, these are the most probable scenarios as a result of any efforts made for a solution. The day before yesterday, the president of DIKO, Nikolas Papadopoulos, came out to say that the President of the Republic also spoke to him about a solution for a loose federation and that the image he received “is that what he has in mind resembles a solution of a confederation and not a federation”.

Mr. Papadopoulos stated that other interlocutors of the President, apart from the Archbishop, say the same publicly, that is, “after they have spoken to him, they have a confused image or understood about a confederation”. He added that these other interlocutors are foreign diplomats, European officials and others and this creates a worrying picture. It is not only the Turks, he argued, who may have a question of credibility.

But what Mr. Papadopoulos said confirms that the more time moves away from the crime of July 1974, the stronger the belief that only through secession will there be a solution in Cyprus. And this belief concerns both the inside and the outside. And here the managers of the place's luck should have correctly assessed the dimension of time. Unfortunately, they never took her into account. Even now that the knot has reached the scallop, there are many who insist on speaking in terms of the pre-1974 period. But today, with the time distance being huge, the reality on the ground being depressing to our detriment and the other parameters being an insurmountable wall for our weak forces, they must lead us to second thoughts. Thoughts that have to do with the prospect of ensuring that we do not get worse. Thus the solution of separation of any kind, seems today the most probable and feasible. Therefore the fears of the president of DIKO and anyone else that there is a risk of
The basis for the negotiation was completely diverted, they came to the five-party conference with a long delay. And because we said above about whether we can go back in time we would say yes, we can. But let's go to 1968 and start talking about what is desirable and possible.

In another question, he said that he sees few possibilities in the EU for substantial sanctions against Ankara, saying that our image and our credibility, due to golden passports, indirectly affect the Cyprus issue.

He welcomed the descent of Mitsotakis to Cyprus, but said that in terms of reconciliation and common approach and identification of views on the basis of negotiations, it should be clarified what form of solution we are talking about, clarifying that he does not believe Athens is discussing anything but .

He said that if the President's aim and intention is to lead things to a dead end and finally discuss a confederation solution, he is not sure that this is the position of Athens.

“This has not been (her position) for decades and I do not think it will change,” he added.