Ertugrouloglou: No progress as long as the other side considers the Turks of Cyprus as a community of the Greek Cypriot state 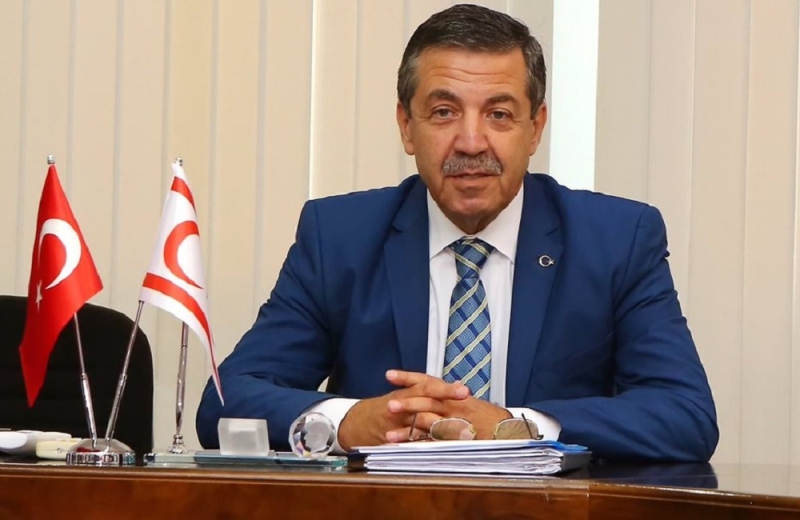 There will be no progress as long as the Greek Cypriot side continues its policy on hydrocarbons, said “Foreign Minister” Thaksin Ertugrouloglou.

According to the Press and Information Office, according to the illegal “Bayrak” Mr. Ertugrouloglou said that “it is very clear that there will be no progress as long as the Greek Cypriot side sees itself as the Cypriot Democracy and continues to characterize the Turks of Cyprus as a community of the Greek Cypriot state called the Republic of Cyprus, while continuing its policy not only on the issue of hydrocarbons in the Eastern Mediterranean, but also on every issue saying that the state, the power it belongs to me, to know your limits, you are a community “.

Source: politis.com.cy
Share
Facebook
Twitter
Pinterest
WhatsApp
Linkedin
Telegram
Previous article
All restrictions on coronavirus at roadblocks lifted – Free crossings from tomorrow
Next article
Menelaos Menelaou will be the new negotiator for the Cyprus issue – Warm thanks to Anastasiadis in Mavrogianni
- Advertisement -