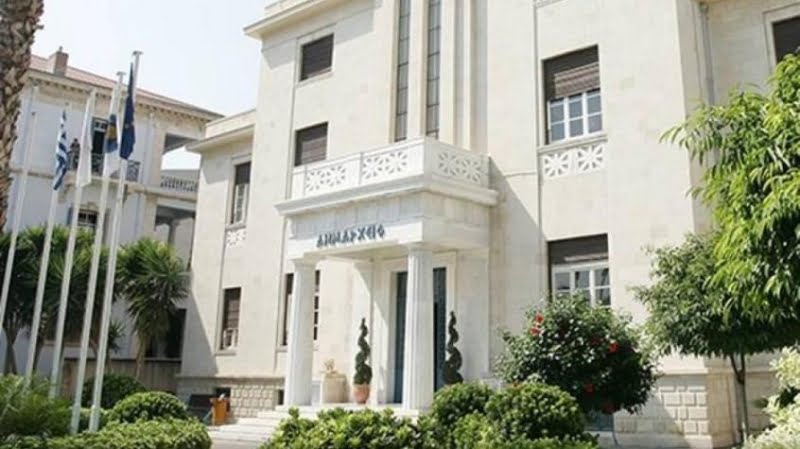 Answers to all points of concern regarding the donation received from a private company for the renewal of the playground in the public garden, as well as for the general study of upgrading the public garden, the Municipality of Limassol gives in a long announcement, calling on the citizens “not to be influenced by misleading slogans”.

The announcement is published a day before the new protest planned for tomorrow Saturday by the citizens' group “Our garden” and in the midst of letters from the Association of Architects of Cyprus, ETEK and other bodies, requesting the withdrawal of the works that have started and review of the relevant decisions of the municipal council.

The Municipality of Limassol, through its announcement, declares that “the preservation of the historicity of the site, the protection of the environment and the expansion of green spaces, the use of materials for toys that ensure the health and safety of our children, are parameters that do not under negotiation for the Municipality of Limassol”.

In relation to the public consultation requested for the playground, the Municipality notes that there was no need for public consultation, due to the nature of the project and since it is not a change of use in the said area of ​​the public garden. He also underlines that the donors commissioned a study group, made up of qualified professionals, members of ETEK, to draw up detailed plans to upgrade the playground, a process that lasted more than two years and was approved by the relevant services of the Municipality, before being accepted by the municipality council.

In relation to the required permits and approvals, he notes that the Municipalities, within the scope of their responsibilities, take care of the maintenance and upgrading of existing playgrounds,   something for which no permit is required, even though all related work is controlled by the services of Municipality. “In the case of upgrading the playground in the public garden, in addition to the above, all works/upgrades are supervised by qualified engineers/architects, members of ETEK”, he adds.

Regarding the concerns about the destruction and cutting of trees, the municipal authorities of Limassol state that during the implementation of the project, the responsible designers take care of both the protection  of the existing trees as well as for the additional enrichment of the greenery and assure that the trees remain and the  greenness is strengthened even more, by planting many additional bushes and plants, while their care is facilitated by the installation of an irrigation system and walkways for the possibility pruning, care etc.

In its announcement, the Municipality of Limassol analyzes the materials that will be used for the safety floor and the quality of the toys that will be installed in the area,  which are manufactured by a Finnish company with 50 years of experience in the field, while indicating that the playground it will be accessible for all ages and with special toys for the disabled.

He notes that the donation of the playground   only concerns the upgrading of the existing playground and is a separate part of the preliminary plans for upgrading the rest parts of the public garden.

He reminds that in 2010 a preliminary study was drawn up to upgrade the area of ​​the public garden, while recently the Municipality commissioned, based on the statutory procedures, the updating of the preliminary design to a private architect/urban planner, a member of ETEK.

In general preliminary plan (Master Plan) that was prepared,  no provisions are  significant interventions in the area and the historical character of the public garden is not changed, the Municipality of Limassol underlines and adds that, “on the contrary, and although no detailed planning has been prepared, a substantial upgrade of the plant material is foreseen with the parallel creation of thematic historical units”.

“There was never any thought or proposal to hold an architectural competition, since respect for the historicity of the area requires the preservation of both the spatial planning and the activities and uses of the public garden in their original form,” he adds.< /p>

He assures, finally, that before any maturation of the relevant plans of the general preliminary plan, he will put the plan in question to public consultation.

Source: www.reporter.com.cy
Share
Facebook
Twitter
Pinterest
WhatsApp
Linkedin
Telegram
Previous article
The five fans were referred to trial for the incidents at Apollon-APOEL
Next article
They are waiting for the Supreme Court's decision on mixed marriages and are pointing to the ECtHR
- Advertisement -