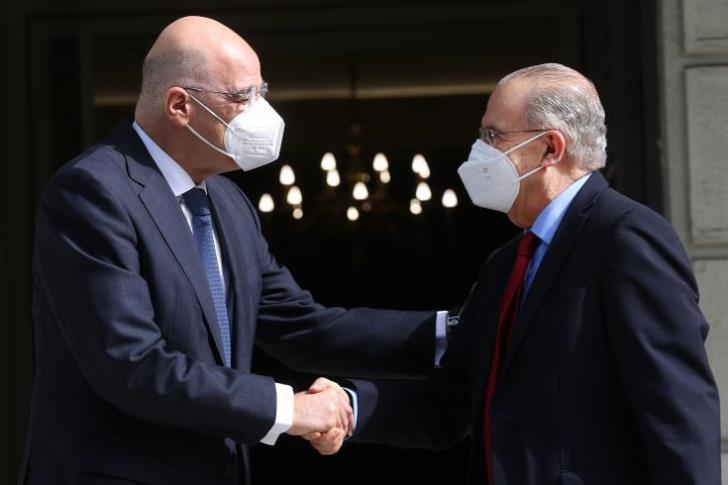 The Ministers of Foreign Affairs of Cyprus and Greece, Ioannis Kasoulidis and Nikos Dendias, had a telephone conversation today.

The subject of the telephone communication was the further coordination of Greece and Cyprus and issues related to the forthcoming quadripartite teleconference of the Ministers of Foreign Affairs of Greece Nikos Dendias, of Cyprus Ioannis Kasoulidis, of Israel Jair Lapid and of the USA Anthony Blinken. The teleconference will take place on the afternoon of May 9, in the framework of the cooperation of the four countries “3 + 1”.

“As part of our regular contacts, today I had an extensive telephone conversation with the Minister of Foreign Affairs of Cyprus Ioannis Kasoulidis . “We discussed the further coordination of Greece-Cyprus and the forthcoming teleconference of the Foreign Ministers of Greece, Israel, Cyprus and the USA”, the Greek Foreign Minister stated in a post on Twitter.

Source: www.philenews.com
Share
Facebook
Twitter
Pinterest
WhatsApp
Linkedin
Telegram
Previous article
Nikos Tornaritis: He announced that he will not accept the position of Lefteris Christoforos in the European Parliament
Next article
Sakharov: Recognize Kyiv and the West territorial realities in Crimea, Donetsk and Luhansk
- Advertisement -