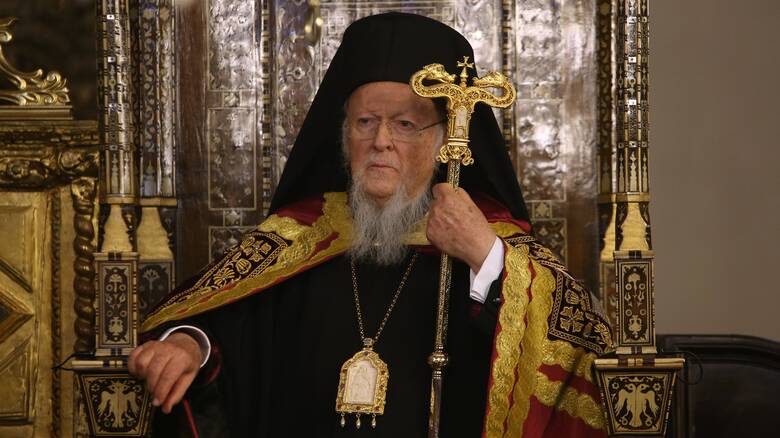 The Patriarch Bartholomew arrived at 10:45 at the old Larnaca airport on a chartered jet from Istanbul via Kos and departed for Nicosia where he will attend the exodus of the blessed Archbishop of Nea Justiniana and All Cyprus Chrysostomos II, which will be held at the Cathedral of the Apostle Barnabas.

The Ecumenical Patriarch was received by the Observer of the Archbishopric Throne, Metropolitan Paphos George, the Chief Secretary of the Holy Synod of the Church of Cyprus George Christodoulou and the Minister of Foreign Affairs Ioannis Kasoulidis.

Both due to the arrival of the Ecumenical Patriarch and the President of the Hellenic Republic and other officials to attend the funeral of the Archbishop of Cyprus, draconian security measures were put into effect by the Police, which prepared a special action plan and operates a Crisis Management Center, takes traffic and security measures, while in various places technology will be used logical means.

Source: cyprustimes.com
Share
Facebook
Twitter
Pinterest
WhatsApp
Linkedin
Telegram
Previous article
Ecumenical Patriarch in Cyprus after 400 years. Tearfully, he said goodbye to the blessed one
Next article
House on fire in Limassol. The Fire Department is trying to put out the fire
- Advertisement -