The roars of Tayyip Erdogan 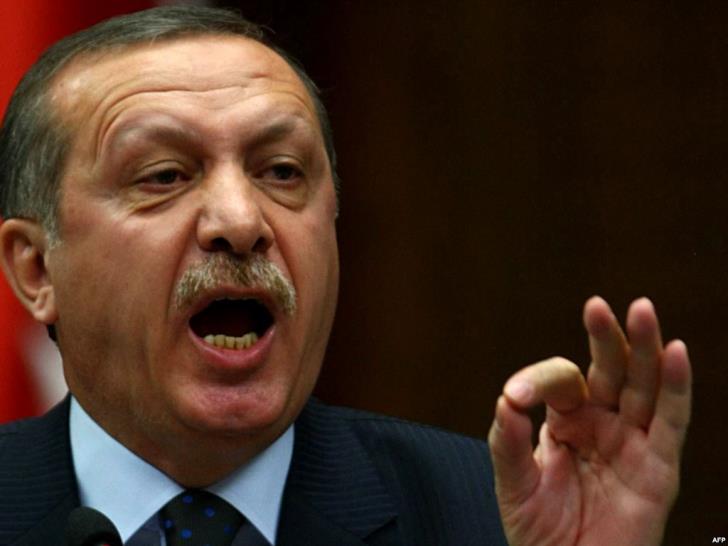 & nbsp & nbspMichalis Ignatiou & nbsp; & nbsp; Recently, the rhetoric of Turkey against Greece, but also the Republic of Cyprus, contains direct threats that create a war fever mainly in the Aegean. Besides, Cyprus is under his control. All information converges that the Greek and Turkish armed forces in this area are on high alert. Greece's military mobilization is justified, because it has no choice but to defend and deal with the attack on its sovereignty. & Nbsp;

Turkey is the country that creates the problems and literally gives the impression that the war with Greece is imminent. In fact, he knows that by reason of logic, everyone believes that war in the Aegean is not even his choice. Due to its membership in NATO, it knows that war will be a catastrophic act primarily for itself. & Nbsp;

READ ALSO: & nbsp; “Dowry” to the next President the demand for two states

Greece will defend itself. In addition, Tayyip Erdogan knows that the country has superior sea and air armaments over Turkey. And that's basically what makes him angry. Because, it can really be his wish -maybe a decision- the attack against Greece. But in a war there is a winner and a loser. So why not be the loser in a war with Greece? The chances are high. & Nbsp;

The Prime Minister of Greece Kyriakos Mitsotakis shows a monumental composure. As he said, “the channels of communication remain open” and stressed with certainty that “we will return quickly to calm waters”. I wish Erdogan was right and finally burst. Because neither Greece nor Turkey will withstand a war. The Greek economy can do it, but the Turkish economy will certainly collapse. & Nbsp;

Greece is in a much better position than Turkey militarily and financially. And we do not support it to “caress” the ears of our readers. It is a truth acknowledged by foreign diplomats and analysts. But, war is war and it opens wounds to all those who take part in it, whether they are attackers or defenders, as in the case of the “Motherland”. & nbsp;

Always based on the announcements of Erdogan and his clones, things are limited. Mr. Mitsotakis may be optimistic, but the Deputy Prime Minister of the Turkish Government, Fuat Oktay, is coming from the occupied territories of Cyprus to bring us back to the reality of threats. & Nbsp;

Oktay, who is a well-known bundala, who has it all – lame, stupid, slow and clumsy – revealed the Turkish plans. What does it announce in Greece? That if it does not agree to attend the talks to discuss the Turkish anhistorical position on the Greek islands, including the inhabited ones, Ankara will raise the issue with NATO, the United Nations and other international fora. It will diplomatically create a… Cyprus issue in the Aegean. But Greece is not the weak Cyprus. He proved it in Evros, which is now an impregnable fortress and he shows it every day in the Aegean where Greek pilots celebrate their Turkish colleagues. Is to feel sorry for them… And literally. & Nbsp;

The Aegean has become a lobster with today's data, and as long as Turkey finds resistance from the West to equipping its Armed Forces, the balance of power has been lost. Of course, anti-Greek Britain has rushed in and offered to bolster the Turkish Air Force with its rotten fighters, which no other country buys. & Nbsp;

The British are who they are, but the Cypriot politicians, the majority of whom are British-educated, pretend not to see. And they continue to bow their heads in front of the colonialists. The behavior of the President of the Republic of Cyprus in front of Edward and his wife Sophie was unacceptable. But even the so-called “patriots” of the island are not bothered by the “slavery” of politicians towards the British. They are content with “we will not surrender the homeland” which is a very false slogan to satisfy the Cypriot audience that has “national brakes”… & nbsp;

HYSTEROGRAPH I: The rejection by the occupiers of the Confidence Building Measures (MOE), on which Νί Mr. Nikos Anastasiadis and the Minister of Foreign Affairs, Giannakis Kasoulidis, built the Cypriot policy, was a resounding slap and let us finally be honest. Let's stop making fun of each other. It was another mistake of the Cypriot political leadership. We are talking about a complete collapse of the tactics of Messrs. Anastasiadis and Kasoulidis. They were wrong, even our friends in Congress told them, but they all wrote on their old shoes. And now; How will they return politics to the Cyprus issue to its rightful place? When will they admit that it was a tragic mistake to overemphasize the proposal for the MOE? Which served the Turks anyway since the Republic of Cyprus recognized such rights… Returning to the policy of sanctions is the only way, gentlemen. Everyone in the diplomatic salons where you are circling mocks you… & nbsp;

HYSTEROGRAPH II: This is Tayyip Erdogan… Last Wednesday he greeted the man he had described as a cold-blooded killer. The Crown Prince of Saudi Arabia, Mohammed bin Salman, who did not stop smiling until he left occupied Turkey. And why not smile. He was received by the Turkish president after hardships and branches, offering him land and water. Hoping to send him a few billion dollars to save his economy. The young prince eventually proves to be smarter than the world's political elites. oil and gas in the West. Who cares about Kasogi journalist Jamal Kasogi? Where are all those who had revolted? And first the wretched Erdogan who redeemed his silence with a promise of the prince that he would consider the request of the Turkish president for a little financial help… & nbsp;

Source: www.philenews.com
Share
Facebook
Twitter
Pinterest
WhatsApp
Linkedin
Telegram
Previous article
Excavations continue in Paphos to identify victims of the bombing of Pachyammos hospital in 1964
Next article
Chrysis Pantelidis: Society asks for proposals for the future and not confrontation for the past
- Advertisement -