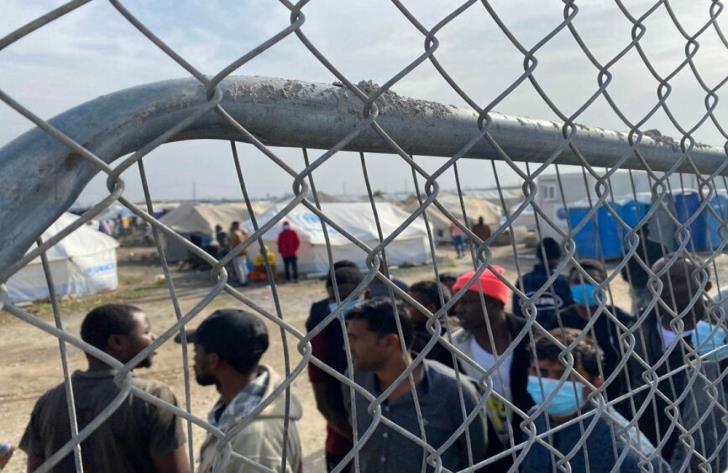 The financing of the project in Limnes as well as the upgrade projects in Pournara, the creation of the Green Line surveillance unit as well as the new EU immigration and asylum policy, were at the center of the meeting that the Minister of Interior Nikos Nouris and Nikos Nouris had today in Nicosia. Beate Gminder, Representative of the Directorate-General for Immigration and Home Affairs (DG HOME) of the European Commission.

In statements after the meeting, the Minister of Interior, after initially thanking Beate Gminder for the meeting, said that they discussed the issues of financing the various infrastructure projects related to immigration in Cyprus. He said that he refers to the project of “Lakes”, for which Cyprus has submitted a funding proposal of 72 million from the European Commission & nbsp; and expressed the hope that there will be a positive response to cover all of this expenditure.

Additionally, he said, we have discussed the issue of upgrades in Pournara, which is facing several problems due to overcrowding. For this reason, he said, the Ministry of Interior explained that already with money from the national budget it proceeded to the installation of external fencing, improvement of the sewerage system in the center, expansion of housing units. He acknowledged, however, that much remains to be done in addition to the fact that with the help of the European Union, the juvenile protection zone and the new medical center have been completed. “But there are issues that need to be improved because of the overpopulation,” he said.

Mr. Nouris stated that the next issue discussed was the creation of the green line surveillance unit, for which the Ministry has already submitted its proposal for financing the specific unit.

We also discussed, he continued, “Issues of the new immigration and asylum policy that are being discussed these days under the French Presidency and of course all these issues come in the light of the Ukrainian crisis.”

Mr. Nouris said that as a country we are grateful for all the support we have, noting that at the same time we recognize in the European Union that the crisis in Ukraine has created problems of liquidity and redistribution of resources. “We want to hope that the redistribution will be such that it will not be an obstacle to the provision of the required assistance,” he said. for guidance and cooperation in reaching all of these agreements.

For her part, Ms. Gminder expressed her joy that she is returning to Cyprus and noted that since the last time she was here, progress has been made by our country, but at the same time, the world has changed after the invasion of Ukraine. He noted that the Russian invasion has created a significant influx of refugees from Ukraine and has also created a high level of commitment in all Member States.