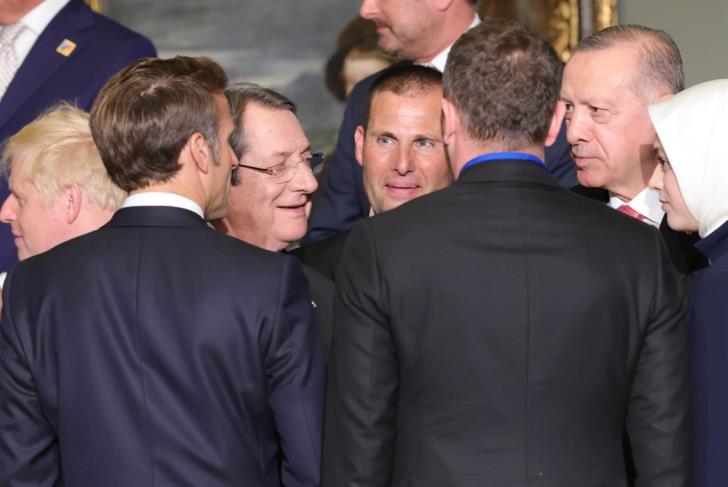 Turkey wanted to block Anastasiades' participation in the summit of the European Union and the North Atlantic Alliance. The fact that the Republic of Cyprus is a member state of the EU acts as a saving grace for Turkish plans. On the other hand, however, the fact that Cyprus is a member of the EU does not have much weight when it comes to sanctions against Turkey.

The Turkish moves were aimed at convincing Spain, the which was hosting the EU-NATO summit, not to invite the President of Cyprus to Madrid. Spain's response to Turkey was negative as Cyprus, as an EU member state, could not be invited. As is known, the meeting took place this week, and on the sidelines the President of the Republic met Tayyip Erdoğan. A meeting, which however caused strong reactions inside Turkey.

A little over 24 hours after Turkey's failure to block Cyprus' participation in the EU-NATO summit, Nicosia receives a new chill, this time from the Czech Republic, which took over the presidency of the European Council for the second half of 2022 as of yesterday. Its ambassador of the Czech Republic in Nicosia, Vladimir Nemetz, indicated that there should not be a demand for measures against Turkey, as is the case with Russia.

READ ALSO: < /p> PtD spoke with Erdogan about the Cyprus issue (pictures) PtD at a dinner for EU and NATO leaders Updates Colin Stewart and the President goes to Madrid

As far as Turkey is concerned, the Czech ambassador said that, despite the similarities between the situation in Ukraine and the one in Cyprus, all sides must be careful, while since Turkey plays the role of mediator in the Ukrainian issue, it cannot easily can one imagine taking measures against Turkey of a similar nature to those against Russia. He also added that the role of the presidency is coordinating and that the Czech Republic should not expect any catalytic intervention for the solution of the Cyprus issue.

In another question about transparency in the financing of political parties and pluralism in the media, Mr. Nemetz answered that in in this area, the actions initiated by the outgoing French presidency will continue, while he also referred to successful examples in the Czech Republic itself, adding that the relevant discussion will be held within the EU General Affairs Council.

Regarding the priorities of the Czech presidency, V. Nemetz stated that they are aimed at addressing current challenges, as well as pursuing the long-term goals of the EU and are divided into five areas, the management of the refugee crisis and the post-war recovery of Ukraine, energy security, the strengthening of European defense capabilities, including cyber security, the strategic resilience of the EU economy and the resilience of democratic institutions, the rule of law, media freedom and transparency.

With reference to the above areas, the Czech ambassador focused in particular on supporting Ukraine's independence with all available means and contributing to the country's economic recovery and stability, reducing energy dependence on authoritarian regimes such as Russia and diversifying energy resources, the promotion of security and defense cooperation with NATO and the implementation of the Strategic Compass, as well as the importance of open dialogue with citizens, including attending the Conference on the Future of Europe.

< p>Asked about the development of cooperation between NATO and the EU in the light of the developments in Ukraine, the Czech diplomat said that NATO will not replace the European defense institutions, the Common Foreign and Security Policy and the Common Security and Defense Policy, aiming the deepening of cooperation both between the member states, as well as with candidate countries and NATO, which as a defense alliance can help in this direction.

The leader of the Turkish opposition, Kemal Kilicdaroglu (source Europe/GTP) criticized Recep Tayyip Erdogan for the presence of President Anastasiades at the dinner of the EU-NATO summit. The leader of the Republican Turkish Party, speaking to his party's parliamentary group, also said the following:

“Do you know what is the saddest thing? We do not recognize the Greek Cypriot administration of southern Cyprus. There is a NATO meeting in Spain. The gentleman made no objection, he will eat with her at the same table now, he will eat in the same room. He doesn't say: 'We don't recognize her, but if she will come, the TRNC must be here too'. He can't say it. Look, he can't even say it. Is he running a state? He protects the interests of the nation, but Allah?”.

Source: www.philenews.com
Share
Facebook
Twitter
Pinterest
WhatsApp
Linkedin
Telegram
Previous article
Lawyer Petrou Filippidis: “He was in a lethargy, he hugged me sobbing when I told him he was being released”
Next article
The final announcements for the on-call clinics are a week away – Many open issues
- Advertisement -