Fiery nightmare in Greece: The front in Amfissa is out of control, the northern side of Itea is being evacuated 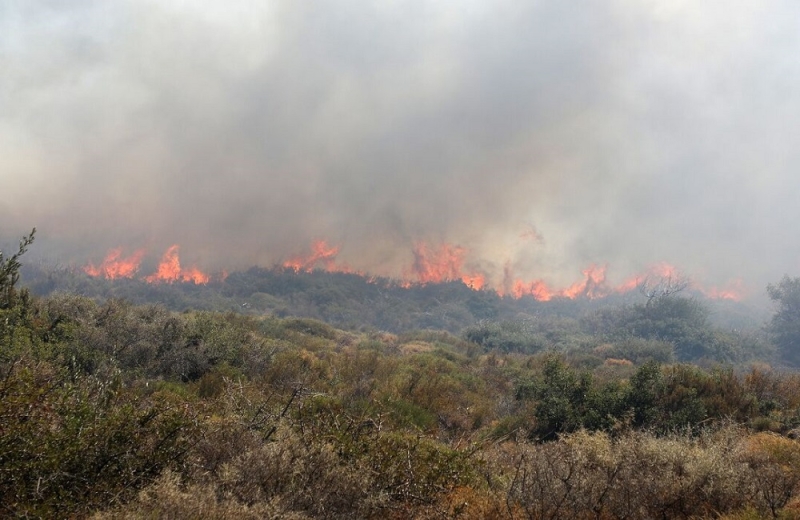 The fire is raging out of controlin Amfissa and indeed a front is now moving menacingly towards Itea aided by the very strong winds.

The green light for the evacuation of the North side of The General Secretariat of Civil Protection has given an emergency and immediately, and already ELAS patrol cars, as well as firefighters are trying to evacuate the residents together with the municipal authority, as the front of the fire is threateningly approaching. 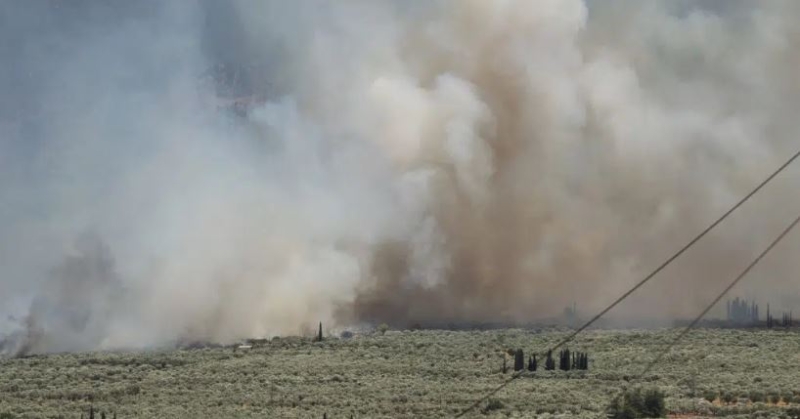 The northern side of Itea is the second point that the Fire Service is forced to order its evacuation, as earlier the village of Sernikaki was evacuated.

In particular, the preventive removal was decided of the residents in Sernikaki village, as the front of the fire heads towards Sernikaki, Itea and Chrissos.

Despite the fact that ground and air forces are constantly being strengthened, the fire has created a multitude of fronts that are threatening.

Now the flames are moving menacingly towards professional facilities in the wider area, but also towards sheep farms and the firefighters are already trying to create a barrier, in order not to allow the fire front to advance.

As the mayor of Delphi underlines, Panagiotis Tagalis“after an official notification from the Civil Protection, the residents of the northern side of Itea are asked to be ready due to the proximity of the fire” the Mayor himself in a post on his personal Facebook account clarifies that “this notification is not an evacuation order” .

The District Governor, Fanis Spanos, has also been at the front for hours, while the District is supporting the firefighting project with machines and water tankers that have been requested. Mr. Spanos meaningfully notes the need “to intensify efforts to deal with the fire, with as many aerial means as possible, before darkness falls”.

In a statement, the KKE emphasizes that “the means and personnel that have been allocated at the moment are insufficient” and that “the main thing is to control the fire before nightfall and before facilities and infrastructures are at risk” and requests “that the firefighting forces be strengthened directly from other places, as it will get dark in a few hours and the situation will become difficult, especially if the wind does not drop”.

Fighting the flames on three big fronts with strong winds

The strong winds that are blowing at this time in Amfissa and the wider area, which exceed 6 Beaufort, leave no room for optimism for the ground and air forces to control the huge front of the fire.

The fire, which broke out from an unknown cause shortly after noon, has reached large dimensions and has developed on three fronts.

One front is moving north to the side that is the women's monastery of the prophet Elias, which was evacuated as a precaution by the eight nuns.

Already, the powerful forces are trying to hold the front so that it does not advance towards the monastery and from there into the forest area.

The second front seems to be the most threatening. . It is heading towards the village of Sernikaki, but it is very far from the village, which is not in danger at this stage. However, strong forces of the Fire Department from the ground and from the air together with volunteers and machines are trying to limit the fire.

The third front is moving through the olive grove and is the most destructive, while ground and air means try to contain it.

“With such winds, no one can be optimistic” underlines the mayor of Delphi, Panagiotis Tagalis, speaking to APE-MPE and in fact he notes that “by the last light of the day, we should have controlled most of the fire because different means at night things will become nightmarish” and called for “reinforcement of ground and air means while it is still day”. 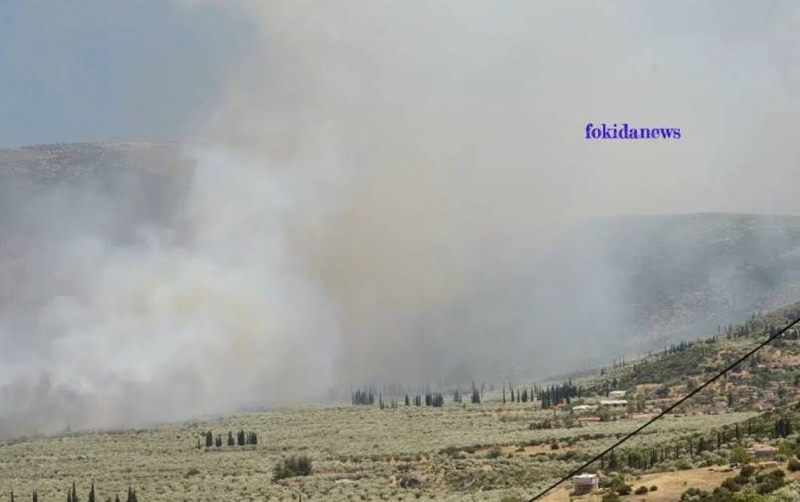 Due to the fire in the olive grove of Amfissa, according to the local website orafok.gr, it was decided to evacuate the Prophet Ilias monastery, as the strong winds are not helping to bring the fire under control. Winds of 7 Beaufort are blowing in the area, making the extinguishing work difficult.

Furthermore, DEDDIE proceeded to interrupt the electricity supply of the substation in Sernikaki, resulting in the interruption of the operation of the water supply pumping stations. Later in the afternoon, the damage was repairedand the pumping stations and started working again.

But the calls for restriction of water consumption remain.

At this time more and more forces are gathering of the Fire Department as well as volunteers, while forces have been transferred from Fthiotida and Aitoloakarnania and at the same time forest commando units have been deployed at critical points.

Earlier, the Deputy Regional Governor Mr. Giorgos Delmouzos described the situation in front of the fire that broke out at noon on Monday in Amfissa as particularly critical.

The fire is literally inside the olive grove which has been burning since it started.

From very early on, more than 50 men of the fire department with 15 fire engines moved to the area, while 3 infantry units and 5 aircraft are participating in the battle.

It is worth noting that the Region and the Municipalities they have made available machines and water carriers, while residents of the area who are facing the flames in the olive groves have mobilized, trying to save their properties. is interrupted at the height of Chrysos, while thick smoke has covered the entire area.

The fire started about 3 hours ago from Sernikaki of Phocisin a rural area and extended into the olive grove, without yet threatening a residential area and facilities.

The fire in Achaia

The fire inAchaia that occurred at noon on Sunday reignited on the eastern front of Valmi, and by noon on Monday, the fire was now heading south. The residents of the village of Latta received a message about the evacuation of the area from 112.

“If you are in Lata, evacuate now to Ephyra. Forest fire in your area. Self-protection instructions: https://www.civilprotection.gr/el/dasikes-pyrkagies”, said the message.

On the fire front, 195 firefighters with 48 vehicles and 8 infantry units and 4 aircraft are operating in the area. one of which is coordinating.

The fire that broke out at noon on Monday in low vegetation in Schimatari is still ongoing but with a better image. with the authorities proceeding with a precautionary evacuation of the settlement of Agios Georgios, in Delesi.

Source: politis.com.cy
Share
Facebook
Twitter
Pinterest
WhatsApp
Linkedin
Telegram
Previous article
Digeni's reaction: “The whisperers who knew about the occupation have been confirmed”
Next article
Nikos Anastasiadis to Alarmists: “Do not betray our faction, our country does not need experiments”
- Advertisement -