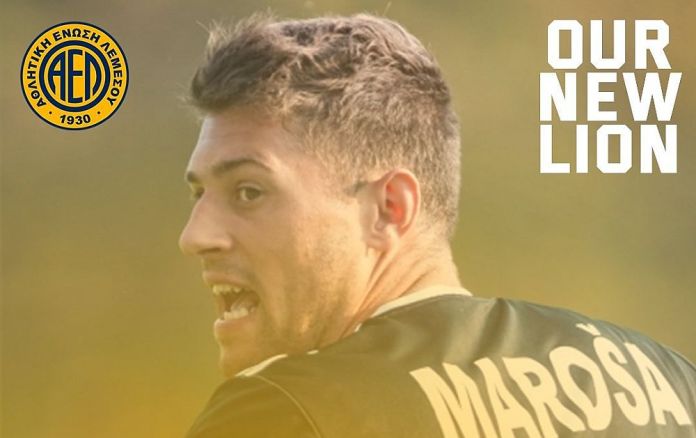 Amelie Marosa is an AEL player with every formality from Monday night (10/1).

The Limassol team informed that the formal part of the agreement with Moura and the football player who will train for the first time with the blue and yellows on Tuesday has been completed.

Thus, AEL defines in its potential the 27-year-old Slovenian striker, who with his former team recorded 179 participations, 55 goals and 13 assists and had… highlight the winning goal he scored in 94 ′ against Tottenham (25/11) , which partly cost the Londoners qualifying for the Conference League knockouts.

The announcement of AEL:

AEL Football announces that the formal part of the agreement with both NS Mura and the football player Amadej Marosa has been completed !!

Tomorrow, the footballer will do his first training under the instructions of our coach Mr. Savva Pantelidis.

Source: gipedo.politis.com.cy
Share
Facebook
Twitter
Pinterest
WhatsApp
Linkedin
Telegram
Previous articleThe measures for Covid19 – Critical in the next 24 hours are not being tightened at the moment
Next articleAre you a guarantor of an OHS loan? Read the contract!
- Advertisement -