Nikolas Papadopoulos answers DISY: If we decided to support Averoff, would the president of DISY become our candidate? 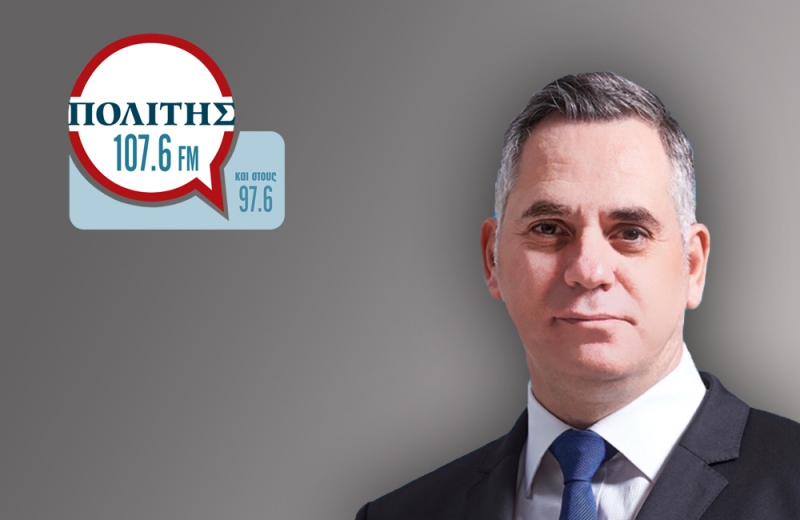 “The internal party dialogue continues on the basis of the decisions taken and we did not take final decisions, said the president of DIKO Nikolas Papadopoulos to Politis 107.6 and 97.6 when asked if they have met with the independent candidate for the Presidential Elections of 2023, Nikos Christodoulidis.

In addition, anxiety and anxiety to characterize Nikos Christodoulidis, DIKO candidate, on behalf of DISY, observes Mr. Papadopoulos, as he said -for obvious reasons-. asked the president of DIKO. He stressed that what matters is the political positions.

Of course, everyone's prehistory is clearly important, but I repeat, the Cypriot society knows who Averof Neophytou is and who Nikos Christodoulidis is. There were, he said, moments when we disagreed with either Mr. Neophytou or Mr. Christodoulidis, but he noted that there were also cases where we agreed with one or the other. The electoral base of DIKO does not consider that Mr. Neophytou can be a candidate that we can support, he noted. It is important how things will change and how we will achieve the change, and we want to hear what the proposals are.

“DIKO did not rule out the choice of an autonomous descent in the presidential elections”, concluded Mr. Papadopoulos.

Listen to the post of Nikolas Papadopoulos, in the “Morning Inspection” broadcast by Politis 107.6 & amp; 97.6:

Source: politis.com.cy
Share
Facebook
Twitter
Pinterest
WhatsApp
Linkedin
Telegram
Previous articleShall we go to a museum? Free tours were announced by the Municipality of Nicosia – All details
Next articleWishes of the political world for the recovery of Zeta Aimilinidou
- Advertisement -