This is the most expensive shopping street in the world

Learn all the details 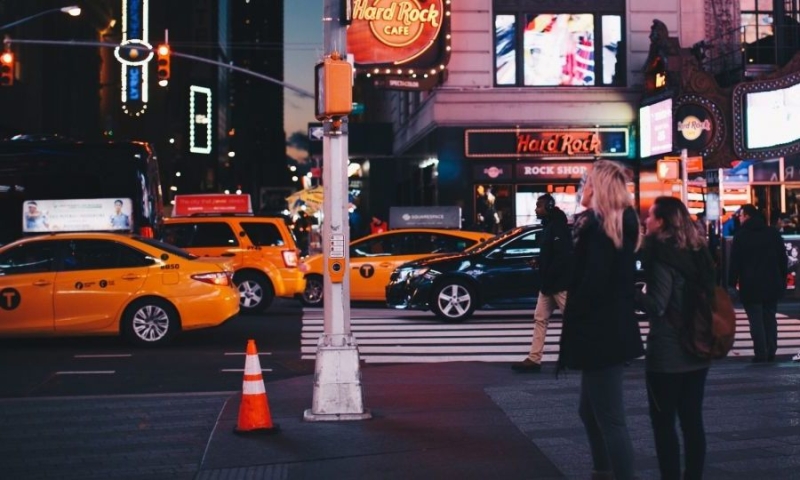 A stretch of Manhattan's 5th Avenue is now the world's most expensive commercial corridor as rents soar to pre-pandemic levels. With an average rent of $21,076 per square meter per year, Upper Fifth Avenue (49th St. to 60th St.) ranks as the most expensive retail street in the world, according to its annual Main Streets Across the World report. real estate services firm Cushman & Wakefield.

The report ranks the top retail areas in 92 cities around the world and ranks the most expensive by rental value. This is the first publication of the Cushman & Wakefield, which started in 1988, after three years.

It is no coincidence that the famous Fifth Avenue is in the first place. The area's resilience during the pandemic recession, combined with the strength of the US dollar, has helped the famous boulevard climb to the top of a list of shopping areas around the world, up from second place in a ranking done before the blow of Covid.

According to the findings of the Cushman & Wakefield, retail space rents have been hit hard as the pandemic spreads across the globe. The Americas proved to be the most resilient region, with the US to benefit from fiscal policies and an influx of purchasing power in some markets, such as Houston and Austin, Texas. Indicatively, Houston's River Oaks neighborhood saw one of the strongest rent increases in the Americas from the pre-Covid period to today.

Global rent growth over the past year averaged 2%, but varied greatly by region. Houston's River Oaks area is at one end of the spectrum, with a 90 percent increase. At the other end of the spectrum is the Luohu district of Shenzhen in China, down 30%.

The Asia-Pacific region was the hardest hit during the pandemic, with rents down an average of 17%, affected by the closure of international borders, which limited tourism to prime locations. Canadian retail sales rose 7% from pre-pandemic levels. In contrast, Mexico is still experiencing lower sales levels than in 2019.

Greece is not missing from the list of the world's most expensive shopping streets. In 14th place is Ermou, having risen one place higher compared to the pre-pandemic levels. The rent in the largest Greek commercial square for high-end shops is currently at 3,200 euros/sq.m. per year or close to 270 euros/sq.m. the month. It is reduced by 4% compared to the pre-Covid period, but increased by 6% compared to last year.

As far as our country is concerned, the return to normality, the improved tourism numbers of the summer season and the new projects in the retail sector, have created a positive climate in the Greek market and increased expectations for the future, without, of course, overlooking the reticence that returned to foreground with geopolitical developments.

It is a fact, however, that on a global level the industry has just passed one of the biggest endurance tests that one could imagine. And high street real estate managed to pass the test, not only surviving but emerging stronger than ever in some parts of the globe. 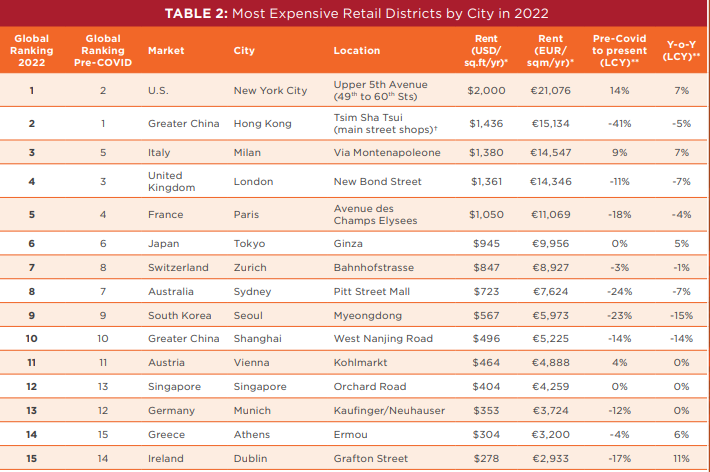